A tribute film for a pop icon

A tribute film for a pop icon 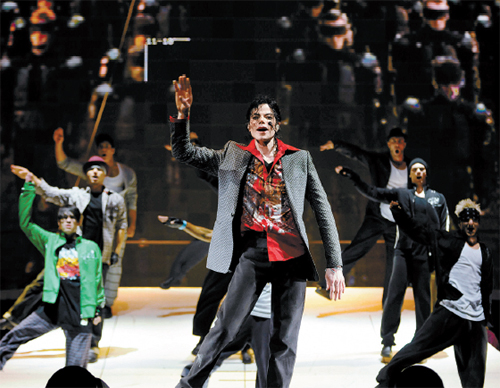 “This Is It,” the 111-minute documentary film about Michael Jackson, offers a rare glimpse into some of the legendary performer’s final moments.Provided by Sony Pictures

Michael Jackson (1958-2009), the King of Pop, has certainly made his mark with a name that is one of the most recognizable in pop culture and music around the world. And with it, he - and others - are still earning money.

Among his many endeavors, one of Jackson’s latest and most-talked-about money-makers is the Sony film “This Is It,” which opened in theaters worldwide last Wednesday. 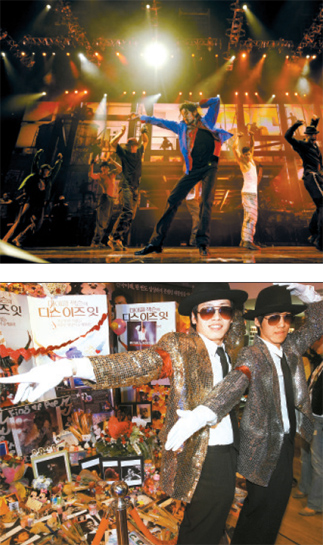 Directed by Kenny Ortega, a longtime Jackson collaborator, the film features interviews, rehearsals and behind-the-scenes footage of Jackson as he preps for 50 hugely anticipated, sold-out shows at London’s O2 Arena, which were set to start in July 2009.

The footage was filmed at the Staples Center in Los Angeles between March and June. Considering that Jackson died on June 25, the footage offers a rare glimpse into some of the legendary performer’s final moments.

In the film, we see Jackson working closely with dancers, producers and the crew. He appears pretty serious and very ambitious.

Jackson works tirelessly to make sure everything is as it is supposed to be, asking to go over the routines one more time. But the film also shows us the light, loving side of him.

“It’s all for love - L-O-V-E,” he says in his trademark soft, effeminate voice.

In Korea, MJ fans flocked to theaters when This Is It was released. Among those present at the opening were celebrities like designer Andre Kim; director Ryu Seung-wan; Lee Soo-Man, an entertainment mogul who is founder and chairman of S.M. Entertainment; hip-hop artists Tiger JK; and girl group After School, among others, all claiming that their lives have been influenced by the late singer.

“The film showed what passion is, what professionalism is. And basically why Michael Jackson is Michael Jackson,” a fan, who declined to be named, said after seeing the film.

“It’s so sad how it ended at rehearsals. I’m going to watch the film one more time. And I plan to buy the DVD, too, if it comes out,” said Lee Eun-mi, another fan.

The shirts are made by Bravado, Universal Music Group’s merchandising arm, which produces Jackson collectibles.

“Although their idol is gone, people’s love for him will continue,” Lee In-seop of Universal Music Korea said. “And the film, which is Jackson’s last message to the world, will be a very special experience for the fans.”

This Is It is in theaters until next Wednesday. For more information, visit www.this-is-it.co.kr (in Korean).