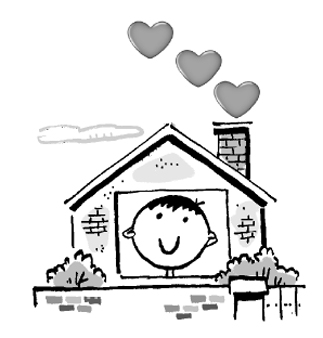 What matters is not the size of a house. The problem is that the house looks like a dump if a palace is built next to it, Karl Marx said. The point? The cause of your unhappiness might be the wealthy people around you.

In this idea lies the reason human beings who lead a much better life than they did in the past are not necessarily happier today. This might be because happiness is decided not by the size of absolute wealth but relative wealth.

Richard Layard, a professor of economics in Britain, even asserted that making others envious by making too much money was tantamount to creating a public nuisance. He insisted, therefore, that punitive taxes should be levied on rich people who made others feel unhappy, just like fining businesses that create pollution.

Although he has been criticized for making everyone poor, his idea is not without merit. Take a look at countries that impose higher taxes on the rich, such as Denmark, Switzerland and Finland, three counties that are often placed top in surveys on happiness.

The reason modern people feel less happy is sometimes linked to a treadmill. However hard you run, you are always in the same place at the end of your training session.

Likewise, even if you make a lot of money, you will not necessarily become happier for it. The American social psychologist Philip Brickman found that the degree of happiness people experienced right after winning the lottery went back to normal quickly after. He theorized that people get used to the pleasure money has brought to them, while they lose sense of the pleasure of small delights that they used to enjoy.

A more recent study on happiness in the U.S. is currently causing controversy. Researchers at the Wharton School of the University of Pennsylvania say that modern American women are less happy than their counterparts in the 1970s.

There is a lot of criticism that women should stop demanding more because they are already free of household chores and enjoy more equality thanks to the women’s liberation movement.

Considering the relative happiness and treadmill theory, however, the research results are nothing to be surprised about. Having a job no longer gives satisfaction to women, and nowadays they compare themselves with men around them.

According to a report by the World Economic Forum, South Korea ranks 115th out of 134 countries surveyed in terms of gender equality. Korea gets very low marks in the ratio of women in the legislature and in the cabinet.

Although some people joke it is time to protect men’s rights, the political and economic status of Korean women lags way behind that of Korean men and women in other countries.

No wonder women are unhappy here.