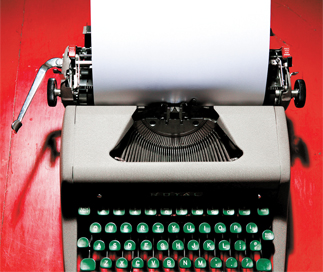 Arabic scholar Hunayn ibn Ishaq used to translate Greek classical literature in exchange for gold. His pay was based on the weight of the pages of his translations. So, as any wise man would do, he always used thick pieces of paper.

This is but one of many examples that show how valuable Islamic and ancient Greek cultural translations - and, therefore, translators themselves - were to countries and cultures throughout the ages.

History shows that translations played a major role during cultural renaissances in various countries. According to Italian philosopher, astronomer and mathematician Giordano Bruno, all of the sciences originated from translations. In 18th-century Europe, translators were considered artists who possessed the moral responsibilities of both writers and readers, while during the 19th century translators were known as “creative geniuses.” 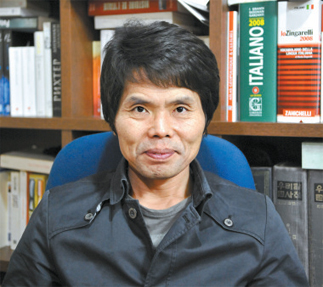 Today, in an era when a country’s status is largely determined by how well it has adapted to globalization, Korea is attempting to increase its presence on the world stage by spurring a cultural renaissance. Some observers say it can do this by focusing first and foremost on translating the country’s classical literature into other languages - and translating more foreign works into Korean. “We need to do this because it’s necessary to learn about other cultures and vice versa,” said Cheon Byeong-hee, who is an honorary professor at Dankook University and has translated about 40 works of Greek literature into Korean, including Plato’s “The Republic.” “By doing so, people become more open-minded.”

As contemporary philosopher Kim Yong-ok, who goes by the moniker Do-ol, puts it, “Classical Korean literature is filled with thoughts and ideas that have more depth than anything written during the 21st century. Eastern literature teaches morals and temperance. That’s why these texts must be translated and taught.”

On Oct. 9 each year, Korea commemorates the day King Sejong created the Korean alphabet, called Hangul. This year’s celebration took on added importance in light of Korea’s move to export Hangul to an Indonesian tribe, which will use the alphabet as its official writing system.

It also, however, was a time to reflect on what is lacking with the Korean language as well.

“We can’t even compare to our ancestors,” Do-ol said. “There isn’t even anyone today who can write in English the way the scholars Tae-gye and Dah-san wrote in Chinese characters in the past,” he added. Do-ol thinks it would serve Korea well to translate those works into other languages and therefore spread them across the world.

While some Korean literature has of course been translated into other languages, experts say much of these translations contain gross inaccuracies and require a major overhaul or a complete reworking. The same goes for works that have been translated into Korean. According to Lee Sae-wook, who translates French and Italian literature, the main reason behind this is that translating texts not only involves the language element but also the cultural context it was written in as well.

“As translators get more and more experience, they become more cautious about what they will translate,” Lee said. “They start to read between the lines and find more meaning within the text they’re translating, and they also begin to see beyond the literal and into the cultural context. So there has to be constant communication between the writer and the translator.”

There are other culprits as well.

Park Dae-hyun of the National Research Foundation of Korea, which has been translating local classics since 1998, said there have been a number of faulty translations stemming from the fact that Korean translators were using Japanese translations.

A lot of the information, therefore, might have been distorted or misconstrued, said Park, who heads the foundation’s culture and society research department.

Another problem may be that there simply isn’t as much demand for these types of translations in the mainstream market compared to works from other countries. In fact, many of the classics that have been translated sell modestly well but don’t hit the best-seller charts in the publishing world.

Additionally, Koreans need to have more access to works originally written in other languages, Park said.

“There are still so many more books that need to be translated into Korean,” Park said. “I think the National Research Foundation of Korea, the government, the academic world and the press need to work together.”

To some observers, translating literature is seen as a luxury, not a necessity. It’s more practical, they say, to invest time and money in the natural sciences or engineering.

But Do-ol and others believe that translating works can serve as a stepping stone to help Korea become a more powerful nation.

“In Western countries, they taught translation as a form of mediation, and so they taught Greek and Latin simultaneously,” Do-ol said. “That resulted in an enormous amount of energy coming from English literature.”

“Literature is the foundation of developed countries,” he said. “Humans use language not only to learn and communicate with each other, but, more importantly, to pass on oral traditions. Then, logically, the country has a better likelihood of becoming a stronger nation [through using language].”

It’s safe to say that there is a strong correlation between a country’s competitive power and its translation capabilities. Countries such as the United States, England and Japan have long histories of translating their literature for the outside world and vice versa. Japan, for instance, is internationally renowned for its translation standard. During the Meiji era (1868-1912) in Japan, the country pumped an enormous amount of effort into making translation a top priority.

The Japanese wanted to learn everything they could from their Western counterparts as well as their neighbor China. They even went as far as sending students to study abroad in other countries to soak up the best of what each country had to offer. The Japanese, in essence, used the world as their classroom. They sent students to England to study marine commerce and the British navy. They sent others to Germany to study the country’s military system and medical science. They borrowed law from the French and business management from the United States. As these efforts played out, Japan’s translation industry started to flourish.

Although boosting translation work is certainly a noble goal, Do-ol warned that funds used to revive a culture can be used in ambiguous ways.

Translation efforts undertaken in this way, therefore, can be a waste of time and effort unless the government gets on board and starts funding and supporting the industry with set goals.