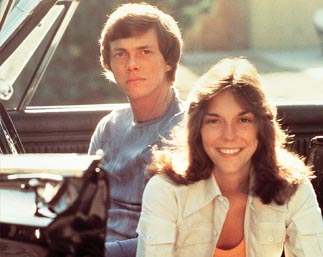 Some contemporary pop divas like Mariah Carey, Beyonce and Christina Aguilera make singing look extremely difficult, displaying insanely amazing vocal ranges that only the most gifted artists in the field can hit.

Yet there are some vocalists who make singing look relatively effortless, such as Karen and Richard Carpenter.

The siblings made up the American pop duo the Carpenters, which offered up a soft, melodic and easy-listening sound that won over countless music lovers several decades ago.

The pair consistently climbed the charts in the United States during the 1970s, when rock music was in its heyday.

The Carpenters had three No.1 singles on the Billboard Hot 100 and 15 No. 1 hits on the Adult Contemporary Chart. To date, the duo’s album and single sales total more than 100 million units.

It’s been four decades since the Carpenters debuted with the album “Offering.” But if mobile phone ringtones, background music on TV programs and karaoke bar favorites in Korea are any indication, the Carpenters are still riding high in this country today.

Koreans in particular seem to have a particular fondness for the songs “Yesterday Once More,” “Top of the World,” and “(They Long To Be) Close To You,” as you’ll often catch locals singing or humming the lyrics.

With that said, it should come as no surprise that Universal Music Korea is introducing a special commemorative album to celebrate the 40th anniversary of the duo’s debut.

“Carpenters 40/40” features 40 of the duo’s songs and a special documentary on the two produced by Richard Carpenter.

The documentary contains previously untold details about the death of Karen Carpenter, who passed away after gaining weight quickly and then suffering a cardiac arrest in 1983 at the age of 32.