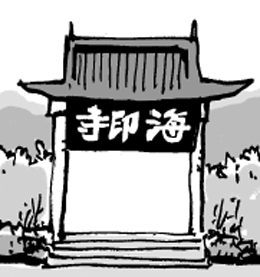 On Aug. 9, 1944, during the closing days of World War II, General of the Infantry Dietrich von Choltitz became the German military governor of Paris. In a tight situation where the Allied Forces that landed at Normandy two months before were marching towards Paris, Hitler emphatically told him, “The city must not fall into the enemy’s hand except lying in complete debris.” But von Choltitz disobeyed the order and surrendered to the Allied Forces with 17,000 men under his command. When the news of the surrender reached Hitler, it is said that Hitler phoned him in a rage, screaming, “Is Paris burning?” That question gave director Rene Clement the title of his 1966 film about the German occupation of Paris.

In his memoirs, von Choltitz said he did not wish to be seen by history as “the man who destroyed the beautiful city.”

Since the beginning of history, the military has made it a rule that orders from superiors should be obeyed without fail. Article 44 of the Criminal Act of South Korea stipulates a heavy penalty of capital punishment, life imprisonment or more than 10 years of imprisonment to those who “resisted or disobeyed the just orders of superiors in a situation where they confront enemy forces.”

Nevertheless, some people have gone down in history for following their consciences and disobeying orders. Last Saturday at Haein Buddhist temple, South Gyeongsang, a commemorative service for General Kim Young-hwan was held. General Kim saved the Tripitaka Koreana - a national treasure that was preserved at the temple - from being turned into ashes by disobeying the orders from the UN Forces command to bombard the temple. Those who praised him said that “it is lucky that the Republic of Korea has a military officer like you,” for giving explanations on the value of the temple when he was questioned about disobeying the orders.

Besides this, similar incidents occurred at around the same time. Senior Superintendent Cha Il-hyeok saved Hwaeom Temple from being burnt down by disobeying the orders from his superior, saying, “One day is enough to burn it down, but it takes more than a thousand years to build up a temple like this.”

Another man, the esteemed Buddhist priest Bang Hanam, resisted the soldiers who were ordered to burn down Sangwon Temple on Mount Odae by insisting that he would burn himself to death with the temple.

Their stories touch our hearts.

Of course, the story about unidentified soldiers who conceded to the priest and withdrew from the temple only after tearing down the doors to the main hall should be included among those stories.

The ability to disobey orders and follow one’s own moral judgement is one thing that sets us apart from machines, which are built to obey orders without thinking.