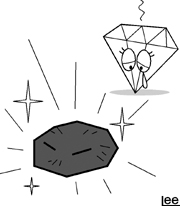 Why do gorillas in the Congo hate cell phones? The clue to the puzzle is found in the mineral called coltan, produced in the Democratic Republic of the Congo. From coltan, tantalum is extracted and used to control electric currents in the phones.

When a significant reserve was discovered in the eastern part of the Congo, miners set fire to the forests, the habitat of the gorillas, to clear land to develop coltan mines.

Most consumer electronics products use tantalum parts. The so-called African World War that started at the end of the 1990s in and around Congo is often called the “PlayStation War.” Sony introduced the PlayStation 2 in the spring of 2000, but the company could not meet soaring demand during Christmas season because of a shortage of tantalum.

The metal’s price, which stood below $50 per pound (454 grams) soared to $275 at the start of 2001. The foreign forces that intervened in the civil war in Congo for whatever reasons lingered about in the country with one eye on the lucrative coltan reserves. In a way, the popularity of an electronic game system fanned war in a remote African country.

Rare metals have played a role in war and espionage before, for example, titanium. Lockheed Martin, an American munitions company, decided to use titanium for the fuselage of the SR-71, a supersonic reconnaissance plane, because it could withstand the intense heat emanating from the surface of the fuselage when the plane flew at Mach 3, or three times the speed of sound. But they could not use titanium produced in the United States because its degree of purity was low.

Ultimately, with the help of the Central Intelligence Agency, the company purchased titanium produced in the Soviet Union, the “enemy” state of the United States, in big quantities.

China announced well in advance that it was planning to use rare metals that were in the limelight as “industrial vitamins” for weapons in international trade.

In 1992, Deng Xiaoping, the architect of China’s reform and open door policy, boastfully said, “As the Middle East has oil reserves, China has rare earth elements.” Recently, China put the export of mineral resources, including rare earth elements, under tight control by designating them as strategic goods.

There are some 30 kinds of rare mineral resources now being turned into weapons around the world. These minerals often come from countries that are on the brink of war or are suffering from political and perhaps environmental instability.

It’s been reported that the South Korean government will present, belatedly though, a three-stage plan for securing, storing and reusing rare mineral resources. I look forward to seeing the government plan, which must be as smart as the minerals are rare.