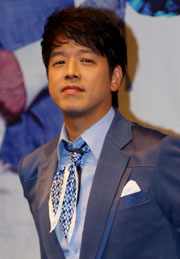 Korean actor-cum-singer Ryu Si-won is celebrating the fifth anniversary of his debut in Japan.

The festivities coincided with the start of his concert tour “Jump: Ryu Siwon 5th Anniversary Live” last weekend at the Saitama Super Arena in Tokyo.

The tour, which has a capacity of 80,000 seats and continues to Nagoya, Yokohama and Osaka, is sold out, a sign of Ryu’s popularity there.

Ryu’s last tour of Japan with seven performances in three cities in 2007 was also sold out.