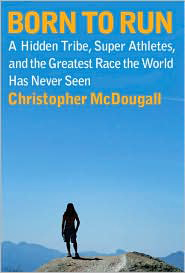 Born to Run: A Hidden Tribe, Superathletes, and the Greatest Race the World Has Never Seen (Hardcover)

The scenario is a writer’s dream. McDougall found a large cast of crazy characters, an exotic setting for drama and discovery, and a tailor-made showdown with which to cap the book.

By and large it’s a thrilling read, even for someone who couldn’t care less about proper stride and split times and energy gels.

McDougall’s prose, while at times straining to be gonzo and overly clever, is engaging and buddy-buddy, as if he’s an enthusiastic friend tripping over himself to tell a great story.

Provided by Tongbang Publications Import Inc. These new imports are available at major bookstores such as Youngpoong Bookstore and Bandi & Luni’s.