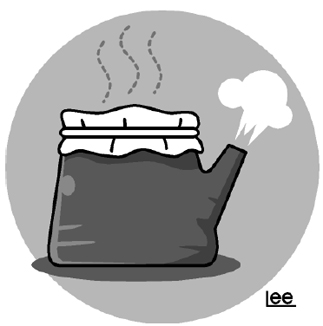 Investment needs animal instincts. If you want to be the richest man in the world, it would be better to start a business while you are young.

Bill Gates, the founder of Microsoft Corporation, and Warren Buffett, one of the most successful investors in history, both started at the age of 19; Steve Jobs, co-founder and chief executive officer of Apple Inc., did so at 21; and Sam Walton, who founded the American retailer Wal-Mart, started at 27.

In Korea, too, most of the founders of big business groups, such as Samsung, Hyundai and LG, started their enterprises well before they hit middle age.

If we talk in terms of reason and rationality, it is plausible to say that it is better to start a business when you are older, having already accumulated money, connections and experience. However, the overwhelming majority of business leaders who have achieved great success started out before 30, even though they lacked what would generally be accepted as the necessary requirements.

John Maynard Keynes, who helped the British and American governments overcome the Great Depression, divined that unreasonable factors had an effect on the economy.

In his magnum opus “The General Theory of Employment, Interest and Money” published in 1936, he asserted that the decision to take a proactive position was mostly the result of animal instincts - that is, the spontaneous urge to take action instead of standing still.

The decision to establish an enterprise is not made out of reasonable calculation on future interests, but people responding to animal instincts.

Animal instinct derives from the Latin spiritus animalis, which is a translation of the Greek pneuma psychikon. In Latin, the word “animalis” means “living” or “animate,” and it is the word from which the English word animal is derived. Animal instinct means “basic mental energy and life force.”

There is a similarity in concept between animal instinct and the word gi in Korean, or chi in Chinese, which translates as “vigor.”

Prime Minister Chung Un-chan, who is a follower of John Maynard Keynes, interpreted it as “unpolished urge.”

When he translated it as “animal instinct,” Cho Soon, his mentor, told him to translate it as “unpolished urge,” pointing out that a word like animal was not used in economics, according to Chung.

It is reported that Chung lamented a few days ago that nowadays entrepreneurs lack the unpolished urge of the past.

However, I wonder whether businesses are looking forward to seeing the government provide them with incentives that can stimulate their animal instincts or unpolished urges, whatever it might be called, apart from their participation in the Sejong City project.