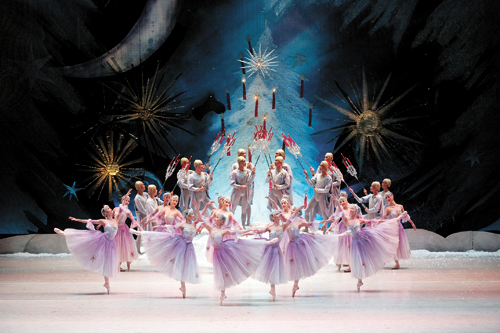 Four versions of “The Nutcracker” will be presented this winter, including one by the Korea National Ballet.

After watching ticket sales plunge due to the new flu and the economic slump, the local performing arts industry is hoping that everybody’s favorite holiday classic “The Nutcracker” will perk up the industry while also lifting the spirits of everyone in need of some seasonal cheer.

In fact, The Nutcracker has served this role for many an ailing theater company over the years, allowing companies to get through leaner times knowing that the story of a young lady and her nutcracker prince will make up for any shortfall they may experience.

This winter, The Nutcracker will be presented in Seoul in not one, but four different renditions presented by three different ballet companies and one circus company.

At a time when dozens of new shows hit theaters every month, many might question why The Nutcracker has become a regular for Christmas.

“The show is a perfect fit for the season because it has elements that remind people of snow and Christmas,” said Son Yu-ju, an official at Seoul Ballet Theatre, which has been staging the show every December since 2007.

For anyone who has seen it, the grand party scene, the snow-filled forest in which Clara finally meets her prince in human form and the flamboyant props and costumes used throughout are like winter comfort food.

Among the Nutcrackers to be presented this year, the one presented by Cirque Nut stands out. Cirque Nut mixes ballet movements with circus acrobatics for a whole new take on the classic fairy tale.

In addition to adding an air of the acrobatic to the ballet story line, renowned circus performers from Cirque du Soleil including Yulia Raskina and Dmitry Zhukov will appear alongside the dancers.

The Nutcracker is a classical ballet, but it has many entertaining elements and that’s where Jaimee Myung, the troupe’s artistic director, stepped in. She added that she thought it would be interesting to see how two such different genres could be combined to make a completely new production.

For those who just want to stick to the basics, there are three classical versions of the ballet playing throughout the season.

But if you think all Nutcrackers are pretty much the same, you’d better think again. “There are dozens of versions of the show, each with its own characters, stories and choreography,” said Jeong Da-mi, an official at the Seoul Arts Center, which has been presenting its version of The Nutcracker with the Korea National Ballet since 2000.

This year, SAC is presenting the Yury Grigorovich version of The Nutcracker. Russian choreographer Grigorovich is a legendary figure who led the Bolshoi Ballet for 33 years.

Grigorovich’s choreography makes use of the entire stage, so his version of the ballet is very dynamic, Jeong added.

Meanwhile, the version presented by the Universal Ballet, which has been presenting the ballet since 1986, mixes the choreography of Lev Ivanov and Vasily Vainonen, two other legendary ballet choreographers. This year, Seo Hee, a Korean dancer with the renowned American Ballet Theatre, will perform in the leading role.

For those who find ballet somewhat foreign, the Seoul Ballet Theatre’s production of the dance might be the ideal choice. Korean choreographer James Jeon incorporates the music of the janggu, a Korean traditional drum, and the movements of the sangmo dance into the ballet, along with other traditional Korean elements to keep the story moving. The sangmo is a long ribbon attached to a hat and used in Korean folk dance. A performer with a sangmo waves his head to move the ribbon in an “S” shape in the air. 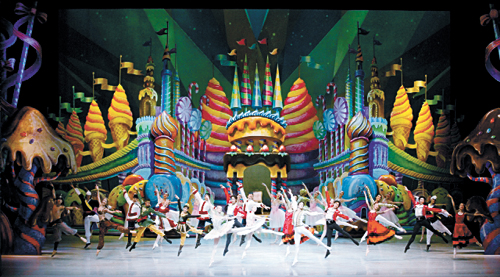 Another by the Seoul Ballet Theatre. Provided by the organizers

“Audiences will see how well sangmo works with the music of Tchaikovsky,” Son said.