The truth will out for philanderers

The truth will out for philanderers 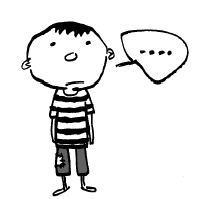 Even at the home of Karl Marx, who dreamed of accomplishing a proletariat revolution, a worker was exploited. Helene Demuth was a servant at his house from when she was 22 until her death at the age of 67. Although she did a lot of the cooking, cleaning and even managing living expenses by herself, she was not paid a single penny. Moreover, she got pregnant, since Marx sexually abused her. It was around the time that Marx’s wife, Annie, got pregnant with her fifth child.

Right after the birth, the illegitimate boy, named Freddie, was sent to live with a London family who raised him, and Marx never recognized him as his own son. Afraid of damaging his reputation as a revolutionary leader, he and Friedrich Engels agreed to pretend Engels was the father.

But Marx’s political sidekick did not take the secret to his grave. Unable to speak because he suffered from throat cancer toward the end of his life, he wrote on a slab: “Freddie is Marx’s son.” Freddie, who was a mechanic, never knew his father founded modern communism, according to a book by the conservative historian Paul Johnson.

The Norwegian playwright Henrik Ibsen, author of “A Doll’s House,” often said to be the first feminist play, had an affair with a maid 10 years his senior when he was working as an assistant at a pharmacy before his debut as a dramatist. After giving birth to a son, the maid went back to her hometown without making any demands on Ibsen and passed away after living in poverty. Later in life, the son, Hans, went to see Ibsen, who had done nothing for the maid or for the child despite his success as a writer. After giving him a small amount of money, Ibsen slammed the door in Hans’ face, saying, “I give you this because of your mother.” It was the first and last meeting between the two.

Other men have been able to give up their children born out of extramarital affairs. They often use the biological differences between men and women to say that the mother of a child is usually 100 percent certain who the father is, whereas the father might never be sure.

Historically, a father might be generally less enthusiastic about raising a child than the mother because there is no immediate evidence that the child is his, according to Richard Dawkins in his book “The Selfish Gene.” But blood will tell. The blue-black hair of Freddie was no doubt in the likeness of his dad, and Hans apparently bore a striking resemblance to his famed dramatist father.

Nowadays, men should beware of denying paternity since a DNA test is unlikely to make any errors.

It is reported that the government, in order to cope with the critically low birthrate in Korea, is planning to make it harder for parents to get an abortion. So philandering men had better watch out, be more careful or behave themselves. Otherwise, they might find themselves in the same situation as a high-ranking minister who recently found his past love life to be the subject of gossip.