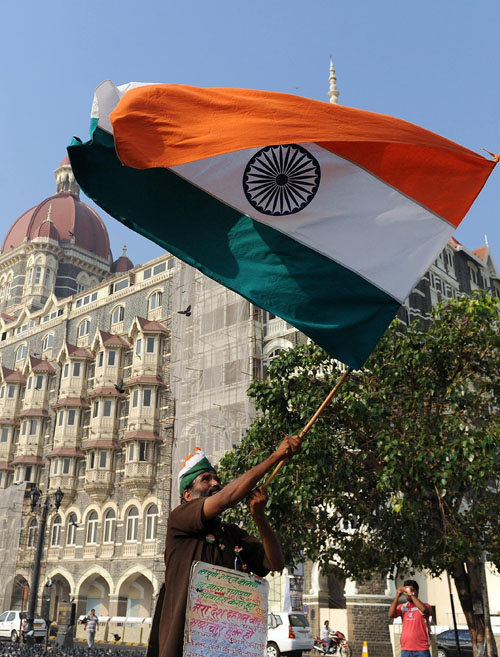 Former Indian soldier Anand Rao Patil, who traveled around 2,000 kilometers (1,200 miles) to foster national integration, waves the national flag singing patriotic songs outside the landmark Taj Mahal hotel - one of the sites of last year’s terror attacks - in Mumbai yesterday. India marked the first anniversary of the 2008 militant attacks on Mumbai with a series of ceremonies to honor the 166 victims killed in the deadly rampage by 10 Islamist gunmen. [AFP]