Freeing up feudal views on chastity

Freeing up feudal views on chastity 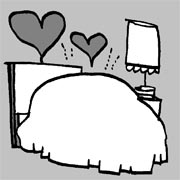 A recent issue in Anglo-American law is what establishes rape by deception. In the United States, a man who pretended to be his brother and committed a sexual act with his brother’s girlfriend was found innocent by the Supreme Court of Massachusetts.

A sexual act cannot be judged as rape if the woman agrees to the act and the court said it was not up to the law to evaluate whether the action was based on deception. However, women are claiming that deception should be recognized as a method of rape. Examples cited are things like a man disguising himself as a doctor and molesting women.

Here in Korea, a decision was made on Nov. 26 that it is unconstitutional to consider sex under the pretext of marriage a crime. According to the “Notes on Penal Law” textbook published by the Korean Society of Judicial Administration in 2006, this crime has been in existence since September 1953 when Korean criminal law was first enacted. Under the law, it is illegal for a man to seduce a woman, who does not frequently sleep with other men, into having sex under the false pretext that they will get married. At the time, Japan also had drafted a similar law, but it was not enacted. Similar crimes are known to exist in some states in the United States, and in Turkey, Cuba and Romania.

The law was intended to protect women from men in socioeconomically superior positions, but looking back on the Park In-soo case two years after the enactment of the law, it is questionable whether the intention of the law was recognized. In July 1955, a handsome former Navy lieutenant was found guilty of raping around 20 university students. He was sentenced by the court to one year in jail for sex under the pretext of marriage, but that did not stop the public from pointing fingers at the young victims.

Would people have pitied the main female character in the 1968 film “One More Time for Love,” if she, a school teacher played by Moon Hee, had sued the man she fell in love with, a married businessman played by Shin Young-kyun, for adultery under the pretext of marriage?

Of course, times have changed and last year, the film “My Wife Got Married,” where a man, played by Kim Joo-hyuk, had to watch his wife, played by Son Ye-jin, get married again to a single man, was a big issue.

Such changes make the disappearance of the crime of sex under the pretext of marriage seem natural.

However, do Korean people really respect the sexual decisions of women now? This is the time to ask ourselves how free Korean society is from the feudal perspective that forces chastity only on women.

One thing for certain is that our society still has a long way to go before we discuss what establishes rape by deception.


*The writer is the contents director at JES Entertainment.