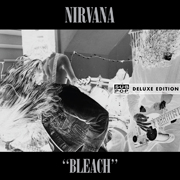 Listen to the first few tracks of Nirvana’s live - and ultimately last - show in Britain and it becomes unequivocally clear just how far American rock has fallen. Nirvana played this famous 1992 gig almost a year after the release of “Nevermind,” when the band arguably hit the apex of its popularity. The electricity in the air is palpable.

“Live at Reading” starts with the mosh-inducing “Breed” and doesn’t slow down until “Come as You Are” 25 minutes later, when you can finally let your heart rate slow to healthy levels again - but only briefly. The 24-song set list excellently combines the band’s quick transformation from the somewhat lighthearted songs on “Bleach” to the darker mood underscoring Nevermind, with a few covers and future hits.

For long-time fans who had a chance to see the group live, this disc serves as a perfect reintroduction to an all-too-short period of music history.

For those who discovered Kurt & Co. in the iTunes age, Live at Reading captures what you missed - and what you’ll likely never see again. By Chris Walsh