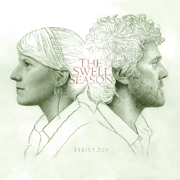 The two lead performers in The Swell Season went from bandmates to lovers and back again, and that fact casts its shadow over just about every track of “Strict Joy.” Given the nature of their relationship, it comes as no surprise that the album is filled with tracks about feelings of longing and yearning for what might have been.

“I know we’re not where I promised you we’d be by now,” Glen Hansard sings on “The Rain,” only for Marketa Irglova to respond on the haunting and beautiful “Fantasy Man,” “The force that swept us both away/ Was too strong for us to fight.”

Irglova’s other track “I Have Loved You Wrong,” is also filled with warmth and regret, softly climaxing with the duo crooning in harmony, “You’ve been every now and then on my mind.” The most memorable track is “Low Rising,” but less for any sentiment and more for a bold sound played with abandon and layered with horns, standing in contrast to an album filled with breakup songs which are somewhere in between folk-rock and power ballads. By Andrew Siddons