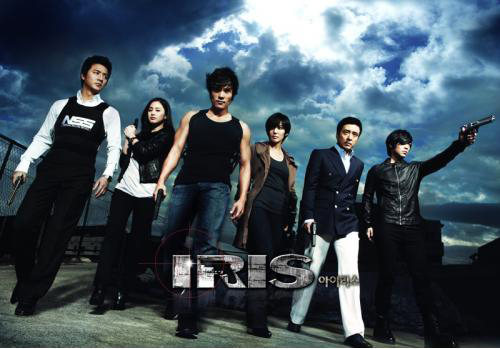 
The KBS action/espionage drama “Iris” will begin a new mission with a second season next year.

Taewon Entertainment, the drama’s producer, announced on Monday that they will begin shooting the next season in May 2010.

The TV series recently took over five lanes of the road in front of the Sejong Center for the Performing Arts in central Seoul to film gunfighting scenes, among others, for upcoming episodes.

Over 1,000 fans gathered in the drizzling rain during the film shoot, which lasted from 7 a.m. to 7 p.m., to get a glimpse at lead actors Lee Byung-hun and Kim Tae-hee, who were scheduled to be filming that day.

It was the first time in the history of Gwanghwamun Plaza that traffic was blocked for any kind of filming.

Fans will have to catch Lee while they can. The star recently announced that he will not join the cast in the second season because he has committed to the sequel to the Hollywood action movie “G.I. Joe.”

The company also said that the next season of the drama will be shot in various locations around the world including Italy, New Zealand, Japan and China.