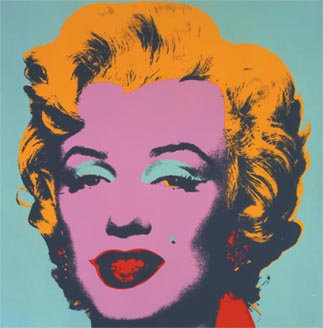 Twenty two years have passed since Andy Warhol (1928-1987) died but he still remains one of the most influential artists of our time. With the works depicting celebrities like Marilyn Monroe to Mao, Warhol’s pop art revolutionized the way people look at art.

Warhol started his career as an industrial designer and applied the principle of mass manufacturing to art.

Most recently, the auction of Warhol’s portrait of Michael Jackson (1958-2009) has put the artist in the spotlight once again. The Vered Gallery in East Hampton, New York, sold the 1984 portrait - a 30-by-26-inch painting showing the smiling singer in the red jacket from his “Thriller” days in the 1980s - on Aug. 18. The gallery’s co-owner Janet Lehr would not disclose the final bid price, but she did say it was more than a million dollars. 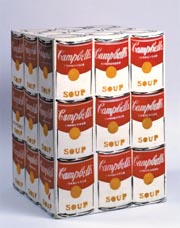 In an exhibit titled “Andy Warhol, the Greatest,” the Seoul Museum of Art in central Seoul will present 110 of Warhol’s portraits of celebrities including Michael Jackson, The Beatles, Muhammad Ali and Andy Warhol himself. The exhibit also includes his more commercial pieces including “Coca-Cola,” “Brillo Boxes” and “Campbell’s Soup Can” as well as some of his more abstract works. There will also be hundreds of documentary materials including books and photos of Warhol. The works in the exhibition are from The Andy Warhol Museum in Pittsburgh in the United States and from an exhibition titled “Le Grand Monde d’Andy Warhol” at the Grand Palais in Paris, France, in March.

By employing the images of celebrities and everyday products, Warhol eliminated the barrier between fine art and pop culture. Using silk screen techniques, he mass produced the celebrity portraits in his studio, which he called The Factory.

His works were soon recognized as pop art, a visual art movement that emerged in Britain and the United States in the 1950s.

“Warhol was a pioneer in eliminating the barriers between commercialism and art,” said Yang Hye-suk, a curator of the exhibition. “The exhibition consists of works that are artistically and historically important but have not yet been seen in Korea.”

In the 1950s, Warhol designed the covers of magazines like Vogue and Harper’s Bazaar as well as album art for artists with Columbia Records. In the 1960s, Warhol became famous for his work as a painter, avant-garde filmmaker, record producer and author. He also became known for his associations with a diverse group of people, from bohemian artists and Hollywood celebrities to intellectuals and the wealthy.

Warhol was one of a handful of visual artists who became rich and famous while they were still alive. He was never shy about his desire for fame and money, and he once said, “Making money is art, and working is art and good business is the best art.”