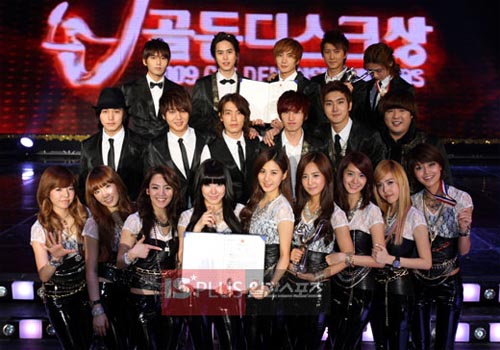 At the event, which was held at Olympic Park in southern Seoul from 7 to 10 p.m., the Super Junior took the highest honor for the hit song "Sorry, Sorry" from their third album, receiving a trophy of white gold. Girls' Generation took the Samsung YEPP Digital Golden Music File Award for their back-to-back hits "Tell Me Your Wish" and "Gee," which remained atop one broadcaster's music charts for nine weeks straight. 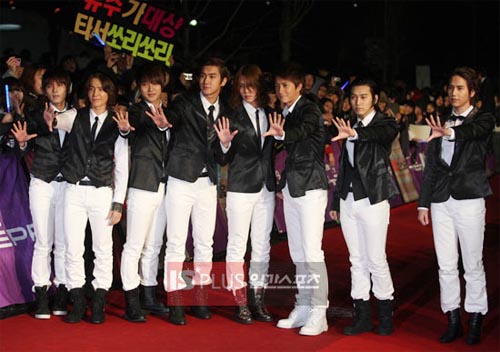 The Golden Disk Awards are an annual event that honor the top sellers in physical media and online. While the grand prizes were strictly based on sales, the selection process for the other awards was more complex. First, a list of candidates was developed based on sales volume, then a popularity poll was held open to the public, and finally the final selection was made after discussions among the members of the awards' executive committee.

Though they had two albums already out, Super Junior had seen a dearth of real hit songs. But their third album sold more than 250,000 copies this year.

"It has been our dream since we were trainees to stand on this stage to receive this prize," the group said in their acceptance speech. "We will push forward to attain all our dreams."

The digital music award was based on statistics from six streaming sites, Melon, Soribada, Cyworld, Mnet.com, bugs music and Dosirak. Girls' Generation swept almost all the sites' charts with their megahit "Gee."

"It wasn't easy coming this far, but our trust and love for each other as well as our passion is what lead us to this day," the girls said at the awards as they wept with joy.