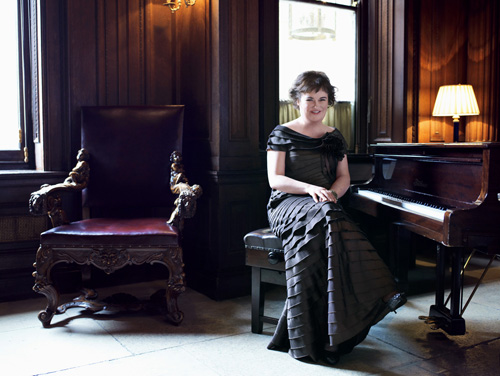 Susan Boyle says spiritual songs, which make up a key part of her debut album, are the basis of her faith. Provided by Sony Music Korea

She has certainly proven to the world that dreams really do come true.

Susan Boyle, the 48-year-old “Britain’s Got Talent” runner-up, recently released her debut album “I Dreamed a Dream,” and sales have been nothing but magical. In just a week after its release, the album sold more than two million copies worldwide, making it the fastest-selling album by a female artist ever.

As the title suggests, the album contains the Scottish songstress’ version of I Dreamed a Dream, which transformed her from an unknown into a worldwide sensation overnight after she sang it on Britain’s Got Talent. It also features some spiritual songs like “How Great Thou Art,” “Amazing Grace,” and “Silent Night,” which Boyle said in an interview with Korean media are central to her faith in God. Following are excerpts from the interview.

Q. Does this sudden fame ever overwhelm or scare you? 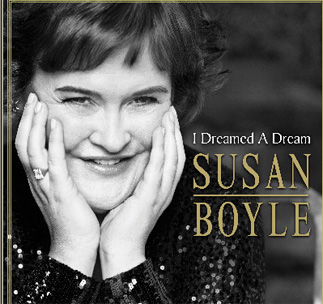 A. I didn’t know what YouTube was until I was in the record offices. I saw the clip and the number of hits and thought “Oh my God.” I’m still trying to come to terms with it.

The fans have been amazing and the mail I have received, phenomenal. I have been sent beautiful gifts including books, toiletries and a vintage dress from the 1950s that had been in a family for generations. It’s indescribable that someone would want me to have something so precious. Everyone has shown me such kindness and support. I’ve even had offers of dates!


Did the album come out the way you wanted? Is there anything you would’ve done differently?

The whole thing has come together so well. Beyond my wildest dreams, really. I had a great producer. Steve [Mac] was so kind to me. He was brilliant to work with and he got the best out of me. The album itself is like a reflection on my whole life. I’ve waited so long to become a professional singer, and now it’s become real.


The album seems to contain a lot of spiritual songs.

Yes, there are a couple of hymns on there. It seemed right. How Great Thou Art is a song that takes me right back to my childhood. There are a lot of people I associate with that hymn. It’s a very spiritual song. On a personal level, church is very important to me. It’s the central point of my faith and I recognize that God gives you gifts that you have to use to the best of your ability. I hope I’ve got the right professionalism to do that now. I know that I’ve got the right people behind me to bring it forward. I just hope that I can.


What’s your favorite track on the album? And why?

Well, Amazing Grace is a beautiful song. Just beautiful. It’s a song I try to learn from - about how grace influences your life. I’d sung it as part of choral work and I think it is one of those songs that appeals across the ages.