An overlooked aspect of abortion debate

An overlooked aspect of abortion debate 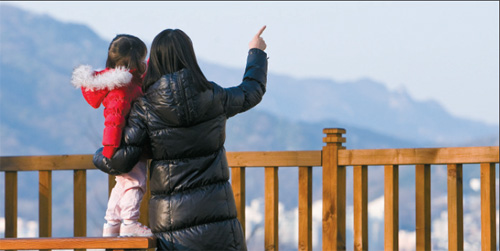 The government offers little support to unwed mothers, though it is trying to change that with additional funding.

Recently, some local obstetricians declared that they will no longer perform abortions, a practice that is technically illegal in Korea but widely carried out nonetheless because authorities often look the other way.

The move has brought a long-controversial topic back into the spotlight yet again, one that has taken on even greater significance as Korea struggles with a low birthrate.

While the government has taken an aggressive stance on boosting the birthrate - even announcing a crackdown on abortions - some observers say it has overlooked a key aspect of the debate: support for unwed mothers. The lack of such assistance, they say, has given rise to more abortions and therefore contributes directly to the low birthrate.

“The government puts a lot of time into devising measures to reverse the country’s falling birthrate, but it seems to be reluctant to support unwed mothers who have chosen to have a baby instead of an abortion, for fear that such support may lead to more unwanted pregnancies,” said Han Sang-soon, the director of Aeranwon, a Presbyterian church institution that runs a facility for unwed pregnant women and their children in Seodaemun District, western Seoul. “Abortion-related problems in our society can be eased if there’s more support from the government side for unwed mothers raising their children.”

To help prevent abortions and boost the birthrate, some experts say society - and the government - must fully embrace unwed mothers. By Shin In-seop

Exact statistics on abortions are hard to come by, given the fact that hospitals don’t openly provide such information. But the latest government statistics - from four years ago - show that there were 350,000 abortions performed annually in Korea, which experts say is high compared to other developed countries.

In the past, officials and experts attributed the majority of abortions in the country to the preference for sons over daughters, as males were seen as having a better chance at being able to support their parents. Now, however, they peg the rise in abortions to the fact that more young couples are engaging in sex before marriage. At the same time, there is still a prevailing prejudice against unwed mothers in this country, creating a heavy burden on pregnant, unwed women both economically and socially. When combined, those factors are leading more women to have abortions. A study from 2005 by the Korea Institute for Health and Social Affairs found that 42 percent of abortions involved unwed pregnant women.

The pressure on these women can be immense. Take the case of Park Jeong-a (not her real name), who almost lost her job after breaking up with her boyfriend - a co-worker - while she was pregnant. The 36-year-old said her boss urged her to resign, saying she had sullied the dignity of the company’s staff.

Park said she barely managed to keep her job only to face strong opposition from her family, who didn’t think she should have a baby without a father. Still pregnant, she left home and then bounced around from one friend’s home to another. She found little official support from the government.

“I called a countless number of facilities around the country, looking for a place where unwed mothers like me can stay and raise their children,” Park said. “However, most of the facilities told me that they can help me when I give birth to a baby, but it may not be possible when I raise the child. There were even some that said they only help teenage moms.”

Park finally found a facility where support for child rearing is provided, and with that assistance she is raising her four-year-old. “I hope to see more facilities for unwed mothers around the country,” she said. “We need support not only from facilities but also from the government.”

This lack of support, experts say, is directly contributing to the relatively paltry number of births in Korea. The fertility rate - or the average number of children each woman has - for all OECD countries was 1.65 in 2006, while Korea’s was just 1.19 last year. The country’s birthrate also ranks at the bottom of the pack, coming in at just 8.93 birth per 1,000 people this year, according to the CIA World Factbook. If the trend continues, the elderly portion of the population could suffer, as there won’t be as many younger workers to support them.

Currently, there is no official data available on the number of unwed mothers in Korea, though the government offers a rough estimate of around 140,000. According to data compiled by the Korean Women’s Development Institute, the ratio of single women who said they want to keep their babies rose from 1.2 percent in 1998 to 31.7 percent in 2005.

Faced with this reality, the government is looking to boost support for unwed mothers.

The Ministry for Health, Welfare and Family Affairs included a subsidy of 27.5 billion won ($23 million) for unwed mothers, particularly those in the younger age groups, in its budget proposal for next year. According to the proposal, single mothers who are under 25 will be provided with a monthly allowance of 150,000 won to care for their dependent children - which is nearly triple the current subsidy given to single parents of all age groups. Also, the proposal includes 5.2 billion won for educational materials for women who had to drop out of school to have a child.

What is notable about the proposal is that the government plans to provide extra pay (totaling 7.2 billion won) for young single mothers who successfully grow out of the government’s livelihood subsidy, which is currently offered to people living in poverty.

The ministry’s proposal passed the National Assembly Special Committee on Budget and Accounts early this month and has been introduced in the plenary session. “Our goal is to not just support unwed mothers in need, but to provide them with resources so that they can stand on their own feet. It is a more effective policy from a long-term perspective,” said Baik Su-hyun, an official with the family policy bureau at the ministry. “It is the first time that a particular subsidy for unwed mothers has been included in the ministry’s budget.”

The government still has a long way to go, though. As the official acknowledged, it currently does not conduct the research necessary to even release official data that will help shed light on the severity of the situation, which is important for drafting up measures to address the issue. Its latest study on unwed mothers and abortions, after all, was performed in 2005.