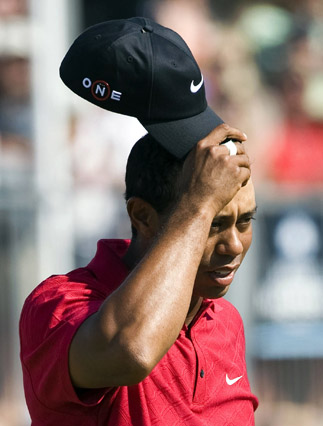 MIAMI - Tiger Woods’ PGA Tour rivals have backed his decision to take a break from golf although they are concerned about the possible economic impact on the sport of his “indeterminate” absence and hope he will return quickly.

“At a time when the world is having a tough time economically, we don’t need any more blows to our sport. With Tiger out, it’s definitely going to have an impact,” Britain’s Graeme McDowell told U.S television network Golf Channel.

“I hope he can come back quick and give the game a big boost again. There are plenty of young players [in the sport], not taking over for him but certainly coming in to give the game a huge boost.

“I think the game’s never been healthier but we certainly need him back.”

Woods said on Friday he is taking an indefinite break from the game after having admitted to infidelity in his marriage.

McDowell welcomed a respite from the rumors over Woods’ future but, like many players, was unclear over just how long the world’s top golfer would be missing from the fairways. Woods is also the sport’s most popular player.

“Every one of the players will be looking forward to him coming back. Tournaments are going to be easier without him in the field, obviously, but we certainly need him. He gives events such a big boost. We hope he gets things sorted out and comes around quick. Golf needs him.”

American Boo Weekley said that while Woods brought much to the tour, the sport was by no means a one-man show.

“[But] the tour isn’t all about Tiger. There are 200, 300 guys out here playing to make a living like he did. It isn’t just about one player. He isn’t bigger than the game. Unfortunately, he won’t be with us to make things run a little smoother, but I think we can survive without him. We have in the past, and we look forward to his return when he does come back out.”

Woods missed eight months of the 2008 season due to reconstructive knee surgery.

But PGA golfer J.B Holmes said 2010 would not be a simple repeat of that absence.

“It’s different from last time. We don’t know when he’s coming back. With the knee we had an idea but you just never know. I wish him the best and hope everything works out for him,” he said.

Two-time PGA Championship winner Nick Price of Zimbabwe said Woods was making a wise move, adding that the 14-time major winner might come back even stronger and ready to win the extra five majors that he needs to beat Jack Nicklaus’ record.

“I think once he gets his mind focused again, and he gets back totally into this, it may be something that fires him up even more,” said Price.