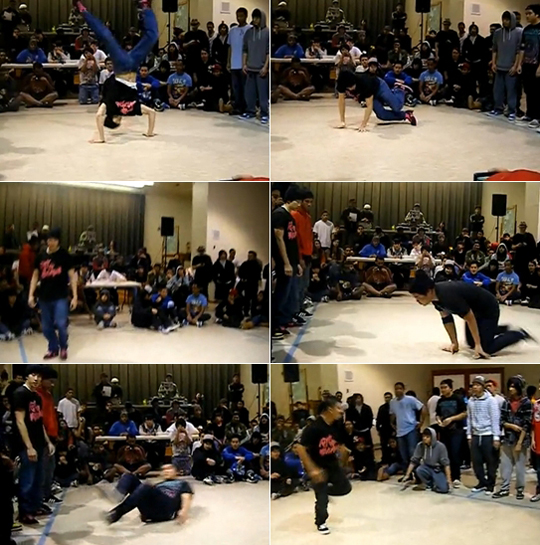 
After 2PM’s main vocalist Jae-beom bowed out of Korea’s music industry and returned home to the U.S., the 22-year old has now regrouped with his B-boys in his hometown of Seattle.

Jae-beom and his crew, Art of Movement (AOM) recently placed first at a break-dancing competition and video footage of his fancy footwork surfaced on the Web over the weekend.

Fans were excited to watch Jae-beom donning his black t-shirt with the crew’s pink logo that his fans supposedly gave to him as a gift and his B-boy crew battle it out with another rival group, Stale Moves, in Seattle’s Winter Nights B-boy competition.

Fans left supportive comments and messages on YouTube, pleading for him to come back and show them his dance moves in Korea.

Jae-beom Park, or Jay Park, is a Korean-American who was born and raised in Seattle. CEO Park Jin-young of JYP Entertainment recruited him into the Korean boy-band, 2PM, but he left abruptly in September after his MySpace page, which contained derogatory comments about Korea written years earlier, sparked a controversy.