The meaning of Korean newspeak

The meaning of Korean newspeak 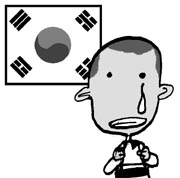 There is a country where there is no word that denotes “bad.” The country prohibits the word out of a belief that people won’t do anything unseemly if they don’t use the word. In this country they call the government arm in charge of war the “Ministry of Peace,” and the one that disseminates false propaganda is the “Ministry of Truth.”

This is the story of Oceania, a country under totalitarian rule in George Orwell’s novel “1984.” Oceania’s leader, “Big Brother,” and his totalitarian government intend to put the society under watertight control by replacing existing words with such “newspeak.” For the residents of Oceania, the words are the prison where their thoughts and acts are confined.

There are people who point out that euphemism or political correctness are other forms of newspeak. They criticize that political correctness restricts the use of discriminative language - on race, sex, age, etc. - so much that it presents a serious infringement on freedom of expression. It has gone as far as to urge people to call the “Founding Fathers” of the United States, who laid the cornerstones of American history, simply “the Founders” to avoid controversy over sexual discrimination. Some people even mockingly muse about whether BlackBerry phones should be called the “African-American Berry” phones in view of the fact that some take offense at the use of the word black.

In Korea, too, the influence of political correctness is quite strong. The word “handicapped” was replaced by “disabled” a long time ago, and it has now become natural to call normal people “non-disabled.” Some time ago, the government proposed instead of mihonmo in Korean, or unmarried mother, saying “single mom,” and now the government is going to enact a bill that will replace the word nosukja in Korean, or people sleeping on the streets, also adopting “homeless” into the Konglish lexicon.

It is said to be for the eradication of discrimination deeply rooted in our society, but I don’t agree with that. Even if we refer to unmarried mothers and people sleeping on the streets with their English names, it will not make them look better.

As long as the way of thinking about the people does not change, the use of euphemism is nothing but superficial wordplay.

In a situation like this, I don’t think politically correct language can change things much. What matters is the minds of the people, not the language used.