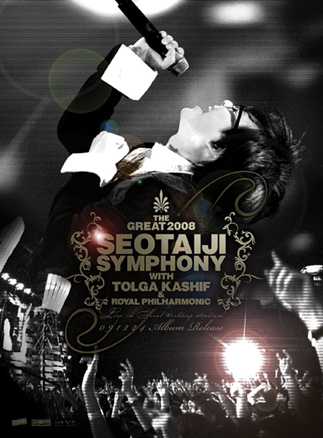 Seo Taiji’s live album is set to hit stores on Christmas Eve. The Seotaiji Company announced today it will release the live two-disc album of “the Great Seo Taiji Symphony,” a July 2008 concert the former member of Seo Taiji and the Boys held with Tolga Kashif and Britain's Royal Philharmonic Orchestra.

The concert, featuring a crossover between rock and classical music, was Seo’s first public performance in four years and drew 35,000 fans.

The two-disc set comes with a 50 page booklet and a poster.

“I was happy to work on something different. It was also nice to share the special experience with many people. ‘Seo Taiji Symphony’ was a special experience that stands out among many concerts that I’ve over my career,” Seo said in a statement.