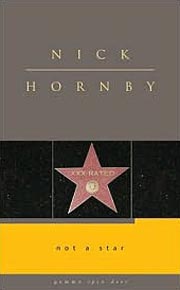 Our Choice: A Plan to Solve the Climate Crisis

“Our Choice” gathers in one place all of the most effective solutions that are available now and that, together, will solve this crisis. It is meant to depoliticize the issue as much as possible and inspire readers to take action - not only on an individual basis, but as participants in the political processes by which every country, and the world as a whole, makes the choice that now confronts us.

We have to go far, quickly. We can solve the climate crisis.

The Anthologist: A Novel

In Baker’s 10th novel, readers are introduced to Paul Chowder, a study in failure at a very dark time in his life. He has lost the two things that he values most: his girlfriend, Roz, and his ability to write. The looming introduction to an anthology of poems he owes a friend, credit card debt and frequent finger injuries aren’t helping either. Chowder narrates in a professorial and often very funny stream of consciousness as he relates his woes and shares his knowledge of poetry, and though a desire to learn about verse will certainly make the novel more accessible and interesting, it isn’t a prerequisite to enjoying it. Chowder’s interest in poetry extends beyond meter and enjambment; alongside discussions of craft, he explores the often sordid lives of poets (Poe, Tennyson and Rothke are just some of the poets who figuratively and literally haunt Chowder). Baker pulls off an original and touching story, demonstrating his remarkable writing ability while putting it under a microscope. 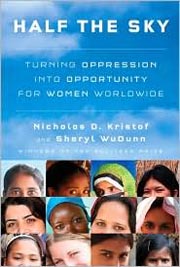 Half the Sky: Turning Oppression into Opportunity for Women Worldwide

New York Times columnist Nicholas Kristof and his wife, Sheryl WuDunn, a former Times reporter, make a brilliantly argued case for investing in the health and autonomy of women worldwide.

More girls have been killed in the last 50 years, precisely because they were girls, than men were killed in all the wars of the 20th century, they write, detailing the rampant gendercide in the developing world, particularly in India and Pakistan.

Far from merely making moral appeals, the authors posit that it is impossible for countries to climb out of poverty if only a fraction of women (9 percent in Pakistan, for example) participate in the labor force. China’s meteoric rise was due to women’s economic empowerment: 80 percent of the factory workers in the Guangdong Province are female; six of the 10 richest self-made women in the world are Chinese. The authors reveal local women to be the most effective change agents. 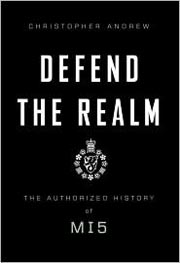 Defend the Realm: The Authorized History of MI5

An unprecedented publishing event: to mark the centenary of its foundation, the British Security Service, MI5, has for the first time opened its archives to an independent historian. The book reveals the precise role of the Security Service in 20th-century British history, from its foundation by Captain Kell of the British Army in October 1909, through two world wars, up to and including its present roles in counterespionage and counterterrorism. The book describes how MI5 has been managed, what its relationship has been with government, where it has triumphed, and where it has failed.


*Provided by Tongbang Publications Import Inc. These new imports are available at major bookstores such as Youngpoong Bookstore and Bandi & Luni’s.