The avatars of the modern world

The avatars of the modern world 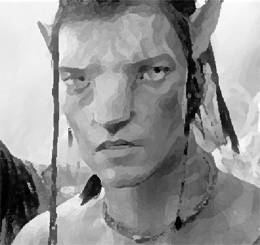 Divine beings in all mythologies of the world have intervened in human history.

The gods in Greek and Roman mythology even transformed themselves into human forms or gave birth to demigods and heroes by forming connections with human females.

In contrast, the divine beings of Hinduism preferred to be born again as humans or animals with characteristics completely different from their original form.

The Sanskrit word for that is avatar or avatara.

The avatars of Vishnu, one of the three main Hindu gods, are charged with ensuring peace and justice for all of humankind. The hero Rama and the invincible warrior Krishna are also avatars of Vishnu.

Although they have human bodies, ordinary humans are no match for them because their powers are the same as those of other divine beings.

In the Mahabharata, the greatest Hindu epic on war, most of the allies or enemies of Krishna are avatars of other gods. There is no one among them that can beat the avatar of Vishnu, the supreme Hindu god.

Today, avatars have been reborn as the alter egos of numerous Internet users in cyberspace.

Many of these avatars, which come in different shapes and with characteristics that are different from those of their human masters, are omnipresent. From social network sites like Cyworld to gaming sites like Lineage, they seem to be everywhere.

“Avatar,” a new film by James Cameron, who directed “Titanic” 12 years ago, is also a story about a character with an alter ego.

The movie, which mixes computer graphics and real film at a ratio of six to four, has earned acclaim for its new format and visual accomplishments.

It also uses its allegorical story line to reveal something about our present-day reality.

Although the protagonist Jake is a man with a disability that makes him unable to use his legs, his avatar form goes on an adventure that transforms him into a brave warrior.

Jake’s dual life is similar to that of an otaku who is addicted to role playing games. The way he confuses reality with games, neglecting to take meals or bathe even when he comes back to his human form, is a caricature of the addiction to gaming that is so prevalent today.

In the film, Jake sides with the Na’vi tribe in a fight against the humans, even though he himself is human, which is a realistic scenario given that we are currently living in a world where ego and alter ego do not necessarily go together.

In mythology, too, not all avatars were friendly toward human beings. Some say that Vishnu has 10 avatars and others say 20. But most will say that the last avatar is Kalki, the one who will declare the end of the world in 430,000 years.