Longing for home from views on high

Longing for home from views on high 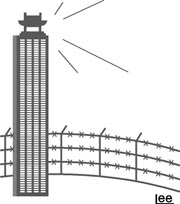 Switzerland is famous for tourism, leisure, banking and precision machinery. But it has another brand image recognized by European royal families and the Papal Office in Rome. Since they were employed as the pope’s bodyguards in the 16th century, the Swiss Guard has been safeguarding the pope without interruption. They are the legendary fighters who saved the pope from danger in a battle in which two-thirds of the bodyguards were killed.

However, among the Swiss mercenaries, there were many who complained of homesickness and longing for the high Swiss mountains, so-called Swiss nostalgia. In the 1876 Music Dictionary written by Jean-Jacques Rousseau, it says Swiss mercenaries were persecuted if they sang “Kurhreihen,” the song of shepherds, because the music incited nostalgia. The mercenaries were allowed to go home once a year. What would they do if they were not allowed to go home? Humans have the habit of looking for something symbolic to soothe nostalgia.

After the allied forces of Baekje and Japan were defeated by the allied forces of Silla and Tang of China in 663, “Nihon Shoki,” or the Chronicles of Japan, reads as follows: “The name of the Baekje Kingdom has ceased to exist today. How can we go back to the country where our ancestors are buried?” Baekje people who migrated to the Japanese islands visited Buddhist temples to comfort their grief and longing for home. Hyakusai-ji Temple in Shiga Prefecture was one such temple. A sign at the temple says: “The Baekje Kingdom was some 880 kilometers [546.8 miles] away from here along the Pecche Nostalgia Line to the west. When Baekje immigrants stepped on the tower of viewing afar with their longing for home, they could feel the spiritual exchanges between the two places deep in their hearts.”

There are also memorials built by individuals. The tower of nostalgia in Changryeongpo, Yeongwol, Gangwon, was built by Danjong, an ill-fated Joseon Dynasty king. As he longed for Hanyang, the ancient name for Seoul, he piled up stones one at a time. Danjong was enthroned at the age of 12. Three years later, however, he was driven off the throne by his uncle Suyang and was sent into exile. The tower looks shabby, but one can feel the ill-fated king’s longing for home lingering there.

It was reported that Hwang Jang-yop, the former secretary of the North Korean Workers’ Party who seldom appears in public, visited a model house of a supertall apartment building under construction in Ilsan. It is said that people will see north of the demilitarized zone from there if the building is completed. Hwang wrote on the visitors’ book that the building will “become a monument where people can look forward to national unification.” Like many monuments and towers built along the DMZ, it seems even skyscrapers will play the role of supertall towers of nostalgia that displaced people visit to see north of the DMZ.


* The writer is a deputy business news editor of the JoongAng Ilbo.