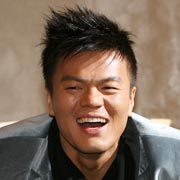 Producer and CEO of JYP Entertainment Park Jin-young is in Seoul with his third “Naughty Party” concert tour, which runs Dec. 23-26.

After the release of his new album “Sad Freedom” on Dec. 1, the JYP exec embarked upon his third Naughty Party tour, which started in Incheon on Dec. 19.

After his debut in 1994, Park became a huge hit with titles like, “She Was Pretty” and “Honey.” He later became the producer of the popular group G.O.D. in 1998 and became the CEO of JYP in 1999, launching the careers of top Korean singers like the Wonder Girls.

Park’s first Naughty Party tour has sold out every year since its inception. This year’s guest performers include 2PM, 2AM and Joo. The tour ends in Gwangju on Jan 10 following stops in five other cities.