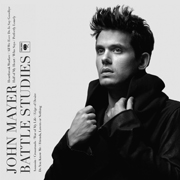 It’s hard not to feel bad for Jennifer Aniston, Jessica Simpson and other ladies John Mayer has been romantically linked to after listening to “Battle Studies.” On the singer/guitarist’s fourth studio album, he runs with the idea that love is a battlefield, with song titles that include “Heartbreak Warfare,” “Assassin” - about the tribulations of being a lady-killer - and “War of My Life.” On the album, Mayer comes across as one of those guys who’s impossible to tie down. “I don’t belong to anyone, nobody belongs to me,” he sings on “Perfectly Lonely.” The sentiment’s the same on his duet with Taylor Swift: “Down the road, later on/ you will hate that I never gave more to you/ than half of my heart.”

Yet as despicable as Mayer’s songwriting persona may sound, the artist imbues his work with a musical vulnerability. The pleading twangs of guitar and his sleepy voice balance out the arrogant, but truthful lyrics.

The result is that all of the aforementioned tracks are likable, even if the album as a whole falls short of fans’ expectations. By Hannah Bae