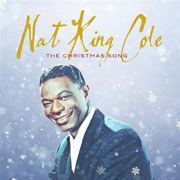 During the holiday season, we think of certain traditions, particular places or groups of friends and family members who always accompany us during this special time of year.

Nat King Cole’s voice and the familiar Christmas songs he sang can be added to this list.

This album, titled “The Christmas Song,” starts off with the legendary singer wishing everyone a merry Christmas. It continues with the title track, which was first sung by Cole in 1946 and remains one of the most adored carols in the English language. Although there are hundreds of modern versions of these songs, nothing quite matches the classic sounds of this album, which was first produced in 1961 as “The Nat King Cole Story.”

Even though Christmas has passed, the spirit of the season is still with us.

And there’s perhaps no better way to keep it going than with Nat King Cole.