Girls get busy while the boys hang on the side

Girls get busy while the boys hang on the side 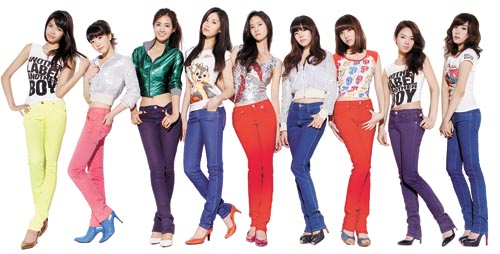 Girls’ Generation, a popular girl group consisting of nine members with their respective individualities, has enjoyed its prime this year. [JoongAng Ilbo]

The Korean pop music world has been dominated by female idol bands this year.

Girl groups were on the rise while their male counterparts were not. In fact, many boy bands and their members found themselves at the center of various controversies throughout the year. 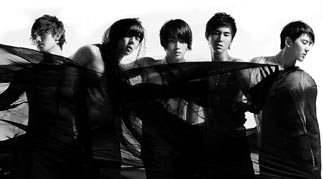 Popular idol group TVXQ is on the verge of disbanding as a result of a legal dispute between three group members and the band’s management agency over allegations of an unfair contract.

Girls’ Generation, a nine-member band with the management company S.M. Entertainment, was at the forefront of the girl group trend. This year, they’ve enjoyed their best days since their debut in 2007. Their song “Gee” became a huge hit immediately after its release at the beginning of the year. The group had another hit with the song “Tell Me Your Wish (Genie)” in June. They also received the Digital Song Award, given to the song with the most downloads at six online Web sites, at the Golden Disk Awards, which were held early this month.

Girls’ Generation was particularly popular with men and the group’s popularity led them to make a number of appearances on television. In addition, all or some of the group were featured in a total of 12 commercials.

Girls’ Generation’s immense popularity has led other entertainment companies to put together girl groups of their own. YG Entertainment, already known for its blue-chip boy group Big Bang, signed a four-member girl group 2NE1, which became a sensation this year with their outlandish fashions and hit songs like “Fire” and “I Don’t Care.”

The girl group mania continued throughout the year. The Brown Eyed Girls became famous for what became known as the “cocky dance” to their hit song “Abracadabra”; Kara grew popular with hits like “Pretty Girl” and “Mr.”; and After School created a buzz upon their debut due to their close relationship with Son Dam-bi, another rising K-pop star, and their appearance at one of her concerts.

Meanwhile, the Wonder Girls, a five-member girl band under the JYP Entertainment label, moved into the U.S. market with the English version of their local mega-hit “Nobody” and made a splash, ranking as the first singers from South Korea to make it onto the Billboard Hot 100 listing, peaking at No. 76 on the chart. The group was also selected as one of the “100 Things to Watch in 2010” by JWT Intelligence, one of America’s best-known marketing and communications companies, earlier this week. 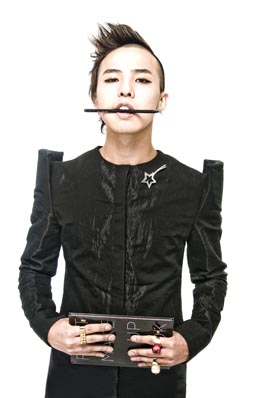 G-Dragon, leader of the popular boy band Big Bang, was accused of plagiarism after he released his first solo album in August. Despite the trouble, the album went on to become a huge hit.

Meanwhile, many of the country’s major boy bands faced a variety of adverse events this year. The most notorious incident was a legal battle between the members of TVXQ, which played a leading role in the Korean wave that hit Japan and the rest of Asia, and their management agency. In July, three of the band’s five members - Xiah Jun-soo, Micky Yoo-chun and Hero Jae-joong - took legal action against their management agency S.M. Entertainment, claiming that their 13-year contract is akin to a lifelong agreement and is therefore unfair. The group has since come close to disbanding, with the other two members siding with the agency. The situation remains unresolved. The TVXQ incident shed light on the issues confronting young Korean entertainers, who say they are often bound by unfair deals. 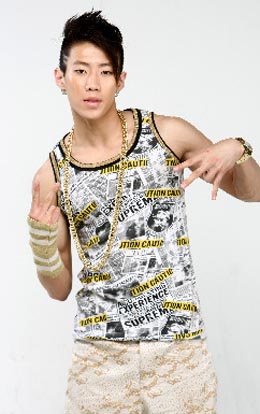 Jaebeom, the former leader of popular boy band 2PM, quit the group in September after the negative remarks he had made about Korea a few years ago were brought to the public’s attention again this year, which generated criticism against the singer.

Jaebeom, the leader of 2PM, withdrew from the group in September and went back to his hometown of Seattle after controversy arose over negative comments he had posted about Korea on his MySpace blog a few years ago. But the singer may not be away for as long. Singer Park Jin-young, the head of JYP Entertainment, the group’s management company, hinted at Jaebeom’s possible return to the group during a TV talk show last month.

Meanwhile, G-Dragon, the leader of Big Bang, was accused of plagiarism after he released his first solo album “Heartbreaker” in August. There were many who argued that parts of the album’s title song are similar to U.S. singer Flo-Rida’s “Right Round.” Despite the scandal, the album attracted attention and sold over 200,000 copies, according to the agency’s estimate, to become one of the best-selling albums of the year. Music critic Song Ki-chul commented that the G-Dragon case could be seen as an example of a successful publicity coup.