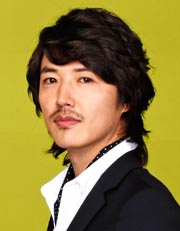 Actor Yoon Sang-hyeon will release a single in Japan in March. Yoon rose to stardom when he played Heo Tae-jun in MBC-TV’s drama “Queen of Housewives,” and Seo Dong-chan in KBS-2’s drama “My Fair Lady.”

The release of the single will precede the premiere of the drama series in Japan in April.

The album’s main track is “Saigonoame,” which is a cover of a song by one of Japan’s most popular balladeers, Nakanisi Yasusi.

Yoon is scheduled to film a new drama next summer.