From student to teacher in 20 years

From student to teacher in 20 years 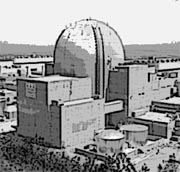 The 1980s was the ice age for the nuclear power industry. This was due to the aftermath of the 1979 Three Mile Island accident, which exposed about 1 million residents within a five-mile radius of the Three Mile Island Nuclear Generating Station in Pennsylvania, the United States, to radiation. The core of the $2 billion nuclear reactor melted down in 30 seconds due to failures in its cooling system.

To make matters worse, in 1986, the nightmarish Chernobyl accident occurred. Many countries, including the U.S., canceled their plans to construct more nuclear reactors. However, South Korea bucked the trend and promoted a plan to build a country strong in nuclear energy.

At that time, Westinghouse of the United States and Framatome of France competed to win contracts for the construction of Korea’s Uljin-1 and Uljin-2 reactors. In the beginning, Framatome wasn’t as competitive as Westinghouse. Out of seven nuclear reactors that were either in operation or under construction in Korea, all but one - Wolseong-1, which was a heavy-water reactor - were the work of Westinghouse. Not surprisingly, the Chun Doo Hwan administration was focusing on stronger relations with the United States at that time. However, the final winner turned out to be Framatome.

While Westinghouse was off its guard, Framatome approached the Korean government actively presenting a cheap price, nearly a dumping price. From the point of view of the Korean government, awarding the contract to Framatome was a way for Korea to rid itself of the worry that Korea would become subordinate to a particular nuclear energy company, specifically Westinghouse.

At the time, Framatome had already succeeded in developing its own technology on the basis of the original technology on light-water reactors acquired from Westinghouse. As it was about to explore an export market for its reactor, it can be said that it was in a similar position as Korea Electric Power Corp. is now.

But it was canceled in the final stage due to objections from the United States. After India carried out a successful nuclear test in May 1974, the United States became extremely watchful against nuclear development plans of other countries. Unfortunately, South Korea’s plan became the first victim of the U.S. policy. If the plan had been implemented, South Korea could have acquired the capability of reprocessing used fuel from its reactors.

As is seen in the competition to win a contract for a nuclear power plant in the United Arab Emirates, three countries that succeeded in developing third-generation nuclear reactors - South Korea, France and Japan - are competing fiercely in a newly emerging market of nuclear power industry. South Korea, which imported related technologies from France until some 20 years ago, has grown up to win the contract over France.

In the world of nuclear energy, however, 20 years is an eternity. After all, the essence of nuclear energy development rests on the technology of controlling the speed of fission chain reaction, an event that takes place in less than one-millionth of a second.