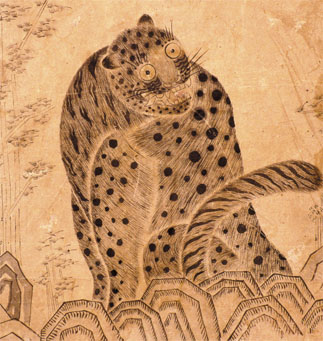 Making resolutions, buying new day planners, heading to coastal areas to see the sunrise: These are some of the rituals the New Year calls for, especially when the wallet’s feeling light and all your friends are getting married, but you’re still striving to find your better half.

Another time-worn tradition for those under these same stresses is a visit to a fortune-teller.

For those of you without the time or money to head over to one of these often streetside prognosticators, the JoongAng Daily visited three fortune-tellers and asked them questions about 2010 ranging from the outlook on the economy to figure skater Kim Yu-na’s chances of a gold medal at the Vancouver Olympic Games.

All three of the prominent fortune-tellers - Baek Woon-san, Kim Sang-hoe and Lee Mi-kyung - agreed the year would be full of positive energy, since it’s the Year of the White Tiger according to the Chinese zodiac, an occasion that comes only once every 60 years.

Of course, similar claims were made about 2007, the “Year of the Golden Pig,” and it wasn’t too spectacular. What makes this year any different?

“Tigers are the kings of the animals, along with lions. But this year, they are not ordinary tigers, but white ones,” said Baek, who serves as the head at the Korean Fortune-Tellers Association. “People in the past let white tigers go when they were hunting because the white tigers are believed to be holy and far braver than regular ones.”

Baek predicted the election of the late Roh Moo-hyun as president in 2002. Kim reads the fortunes of selected readers on several local newspapers, in a kind of astrological “Dear Abby” column, while Lee has been in the fortune-telling business here for the past 40 years.


Q. What is the significance of the Year of the White Tiger?

Kim: Local legend has it that there are four guardian gods in Korea. They are the chungryong (blue dragon), hyunmu (turtle-snake), jujak (phoenix) and baekho (white tiger). Unlike the other three creatures, who are fictional, the baekho is the one and only real animal. For that reason, white tigers have been highly respected. In addition, the chance of a white tiger being seen is one in a million, so people in the past saw white tigers as a good sign.

Baek: In Chinese fortune-telling astrology, there are five types of tigers. Among them, the white tiger is the cream of the crop. People who are born in the Year of the White Tiger are better off and live more successful lives, whether they are men or women.


Does that mean the time is right for people to have babies?

Kim: Sure! Boys born in this year are likely to land jobs in public organizations or authorities such as politics and legal circles and statistics show that girls born in the Year of the White Tiger often become doctors or pharmacists. In the past, people believed that girls born in certain years such as tiger and horse were pig-headed and had no luck, but that’s not so true these days. Girls born in such years compete with boys well and they even become leaders.

Lee: Girls born in the Year of the White Tiger are natural-born good wives and mothers. They also assist their husbands well, helping them climb the career ladder quickly.


Fortune-tellers say there are certain years when it is good to start a family. What about this year?

Baek: Probably many people will get married this year.

Lee: The white tiger is known for its bravery, but it is also believed to have wisdom. That’s why people who tie the knot this year are likely to lead happy and satisfying married lives.

Lee: It differs depending on the birth date and time of each individual, but this year is not a good year to consider divorce. Put it off until next year.


Last year was indeed eventful. Life was hard because of the U.S.-led economic recession, the new flu took hundreds of lives, and we also had to say goodbye to two former presidents, Kim Dae-jung and Roh Moo-hyun.

Baek: In fortune-telling, we see Korea as a tree. Last year, too much soil was poured over the tree, which caused a string of many unfortunate events in politics, culture and economy. But this new year looks fine in general. The first half of the year doesn’t seem good, but everything will get back on the right track in the second half. The new flu will definitely enter a quiet stage, and there will be no epidemics this year.

Lee: This year will bring fewer misfortunes than the previous year.


Any predictions for those waiting to invest in real estate?

Lee: If you have to invest in land, apartments or whatever, the first half is better than the second half.

Kim: This year is much better than last year when it comes to investment.

Baek: There will be no fluctuations in the stock or real estate market.


Can you give us general predictions on people’s fortunes this year?

Lee: It will be a year when a horse gets wings, meaning if you plan something, your dreams will be realized without a hitch. In August and September, however, you’d better be careful when investing. Since your luck is good in the second half, do something important in the second half.


Tell us the fortunes of some of the big shots. What is President Lee Myung-bak’s fortune for the year?

Kim: To make this year successful, President Lee needs to practice modesty and devotion. If he does so, Lee is likely to make something out of nothing, and all his plans will be realized.


Rumor has it that North Korean leader Kim Jong-il is seriously ill. There was even a rumor that he was killed last year. What is Kim’s fortune for this year? Is he going to die soon?

Kim: Kim is a mixture of tree and water in Chinese fortune-telling, and his guardian god is gold. He was on a fast track to success, wielding enormous power as he turned 41, but his luck is going to run out starting in October this year by the lunar calendar. I think Kim will be seriously sick.

Lee: I think Kim will have no problems when it comes to health.


Last, but not least, the most important question all Koreans want to know: Can figure skater Kim Yu-na continue her winning spree at the Vancouver Olympic Games, to begin in February?

Kim: I see a gold medal coming to Kim. This year, Kim has certificates and documents in her saju. [Saju literally means four pillars of destiny.] Kim is a natural-born artist, and this year, her artistry will continue to grow.

Baek: For Kim, this year is far better than the previous year. The year will be just perfect and beautiful for Kim.

Lee: I think Kim will grab a gold medal, but her fortune in the latter half of the year is not that good compared to what it will be in the first half.