Flying high with the white tiger

Flying high with the white tiger 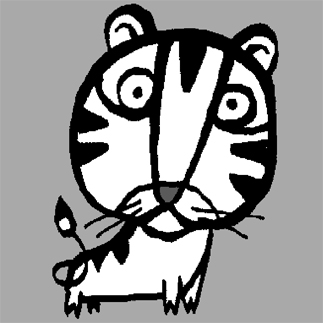 The tiger is an animal that often appears in Korean folktales. Sometimes portrayed as naive beasts and at others wise ones, tigers have become an important part of Korean culture.

Tigers constantly appear in our proverbs and everyday witticisms. For example, “You can survive by keeping up your spirit, even if you are taken by a tiger,” or “You have to be brave enough to enter the tiger’s den if you want to catch a cub.”

Also, there are 389 geographical names in Korea that are related to tigers. Hence, Choe Nam-seon, a historian and literary figure in the early 20th century, called Korea a country of tiger stories.

This is the year of the tiger. Among 60 years in the lunar calendar, this year falls on the Gyeongin year, which means white in color and gold in nature. Therefore, the symbol of the year is a white tiger, not an orange one.

The white tiger is a mystical creature along with the blue dragon, the red phoenix and the black tortoise. It is one of the four spiritual animals that safeguard the four quarters of heaven.

The white tiger is the guardian of the west. Presumably, the white tiger was included as one of the four imaginary beasts because it was a very rare species.

A white tiger is born out of mutations, and it is said that the probability of a white tiger, in the case of a Siberian tiger, is one out of every 100,000. The ones we see in the zoo that have white fur with chocolate-colored stripes and blue eyes are the Bengal tigers. In the case of Bengal tigers, the probability of giving birth to a white tiger is as high as one out of every 1,000, and it is said that artificial breeding is relatively easier. In Korea at the moment, there are 14 Bengal tigers in the zoo.

Astrologers say that, among the year of the tiger, the energy of money and sword is stronger in the Gyeongin year. Therefore, many boys born in this year will become military officers or assume high public posts, and girls have more chances to become medical doctors or pharmacists.

On the other hand, it can also be a year of rapid change because the energy that runs to two extremes is too strong. Some past examples of this are the Korean War that broke out in 1950 and the Japanese occupation of the Korean Peninsula that started in full scale in 1890.

The Gyeongin year of 2010 is another turning point for a new era. This year, we will stand in the center of the world by presiding over the G-20 summit meeting and being a leader in green growth.

I hope this year will bring new heights for Korea, as if the tiger was given wings.