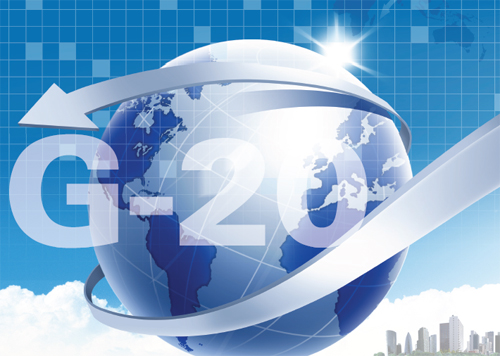 Korea’s hosting of next November’s G-20 Summit comes at a time of profound change in the world order and gives the country a unique opportunity to shine.

The old order led by the Group of Eight appears to have ended and a new order emerged last year as the leaders from the world’s leading and emerging economies agreed in September that the G-20 would become the premier club for coordinating international economic issues.

The change in the global order was expected as the G8 was increasingly called an outdated club, failing to reflect contemporary economic realities. The decision to transform the G-20 into the premier forum indicates the shift in global balance of power.

President Lee Myung-bak and other top officials said Korea’s hosting of the G-20 summit is a crucial opportunity for the nation to stand the center stage of this international metamorphosis. Shortly after Korea got the nod, Lee urged Koreans to see the greatness of their country, adding that the summit hosting signifies “in a nutshell that Korea has finally and completely steered itself away from the periphery of Asia to the center of the world.” 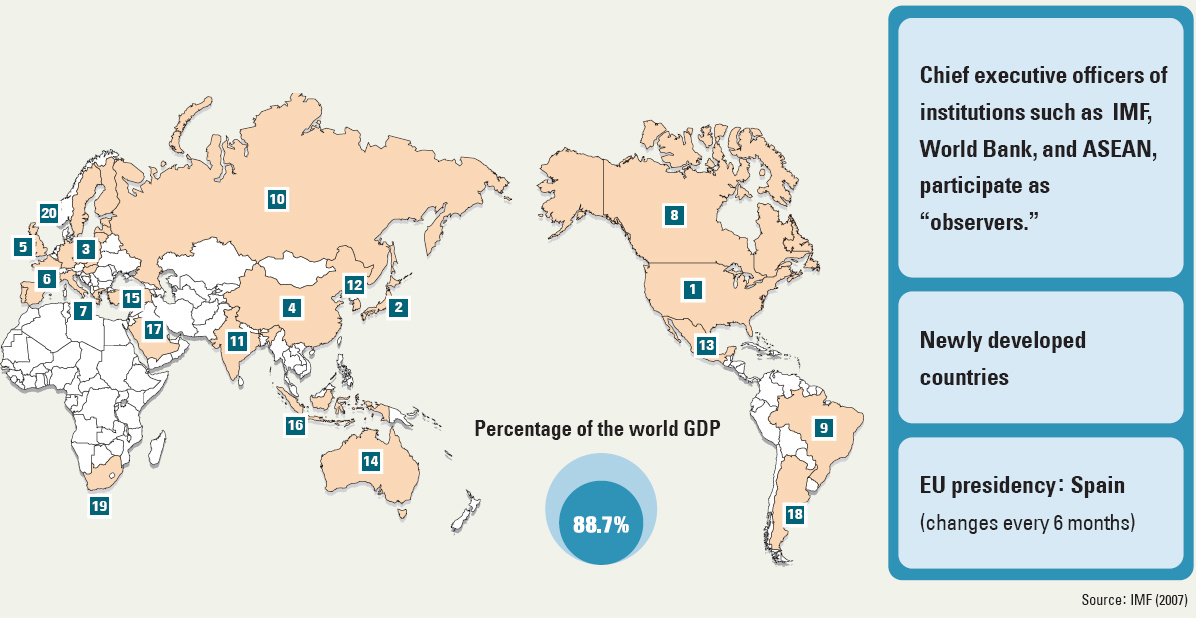 Preparations to host the event have already begun. Though Seoul was selected as the main venue for the November meeting, the new Songdo development in Incheon was selected to host the financial vice ministers’ conference in February.

“We are doing our best to use the G-20 summit as an opportunity to upgrade Korea’s status in the international community,” said Shin Je-yoon, deputy strategy and finance minister in charge of international affairs. “As the chair nation, we are coordinating the agenda, schedules and other issues with major members.”

“The G-20 meetings have a special structure that we call ‘bottom-up,’” Shin said. “The agenda is discussed in depth at the vice minister and minister-level meetings and it matures through the sessions,” Shin said, noting the importance of a series of meetings that will take place ahead of the November summit. “Korea has hosted international events such as the Olympic and the World Cup games, but it is the first time for us to host a major event that deals with global issues ranging from climate change and the food crisis to financial regulatory reforms and economic recovery.”

“We are closely cooperating with the Brookings Institution, the Peterson Institute for International Economics and the Centre for European Economic Research as well as the International Monetary Fund, the World Bank and the OECD,” he said.

Shin said the November summit will review the progress and outcomes of the legacy project - tasks that were agreed to at previous summits. Creating a G-20 framework, reforming the IMF and strengthening financial regulations are included in the legacy projects.

“For the framework, we will try to set forth policies to resolve global imbalance by November,” Shin said. “The plan of redistributing IMF quotas from the developed nations to emerging nations will be concluded by January of 2011. By the end of 2010, we also plan to strengthen global financial regulations.”

While discussions on legacy projects is largely dependent upon the June summit in Canada, the Korea initiative will be pushed forward strongly at the G-20 summit, Shin said.

“We will lead discussions to create global financial safety nets and support development of poor nations,” he said. “The key for Korea is becoming a bridge between advanced countries and emerging and developing nations.”

“Korea’s experiences of developing the economy in a short period of time and overcoming the foreign exchange crisis will allow us to play the bridge role,” Shin said. “As a part of the Korea initiative, we want to focus on the financial safety nets to resolve problems of newly emerging economies with weakness in capital flow. We also want to focus on development policies that will reduce the gap between the advanced and developing nations.”

Korea will also try to play a role as a mediator in the ongoing reform of the IMF.

“Advanced nations are overrepresented, while emerging economies are underrepresented,” he said. “And we also do our best to reach out to countries that are not members of the G-20 to reflect their voices.”

Shin said the vice ministerial meeting in Songdo scheduled for February is an important landmark because it is the first event to be prepared by Korea as a G-20 chair nation.

“We will promote the Korea initiative aggressively to make sure that it will be addressed properly by the world leaders,” he said.

The February meeting will focus on how and when the nations will carry out their exit strategies from special financial stimulus measures. Other issues, such as restructuring IMF quotas and the World Bank’s voting power, will also be discussed.

“Next year’s G-20 summit is extremely meaningful because the world agrees to steer the global economy by through the G-20, the new premier club,” Shin said. “I hope the summit can properly assist the efforts for stable growth.”

“It is also an important opportunity for Korea to shine,” he said. “Korea is the first Asian and non-G8 nation to chair and host the event. We really hope to play a role to support non G-20 nations because balanced development is a serious and important issue.”

Shin said he has high hopes that Korea’s hosting of G-20 will become an important milestone for Korea’s youth.

“Ability to communicate in English and other languages is important but it’s more important to have the global leadership with real content. I believe Korea’s hosting of the summit amid the new global order will provide an important lesson to our children.”