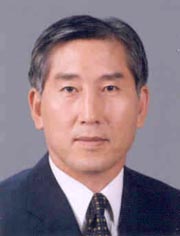 “We paid much attention to make sure that new officials will not be assigned to their hometowns,” said Kang Hee-rak, commissioner general of the nation’s police.

With the appointment, Cho was given the responsibility of ensuring public safety during Seoul’s hosting of the Group of 20 summit slated for later this year. Cho, 55, has been highly praised for having safely managed rallies and demonstrations while heading the Gyeonggi police. Last year, Cho commanded police forces as hundreds of unionized workers occupied a factory of Ssangyong Motor in Pyeongtaek for 77 days.

Cho passed the foreign service examination to become a diplomat in 1979. He later joined the police agency and served various posts, including head of the security and foreign affairs divisions at the National Police Agency. He is a Busan native and a Korea University graduate.

Yoon’s promotion to head the Gyeonggi Provincial Police was hailed yesterday by senior police officials as the 49-year-old is the first National Police University graduate to make the deputy commissioner post.

The South Gyeongsang native has served various posts in the police after entering and graduating from the university at the top of the class. “We paid special attention to the National Police University graduate this time, and he is also undeniably talented,” a Blue House official said.

The Blue House source also explained that the government has decided to keep Kim as the president of the National Police University to maintain a regional balance among the top police officials. “Kim is from South Chungcheong, and we need that,” the source said. A confirmation request for the designates will be submitted to President Lee Myung-bak later this week, officials said.