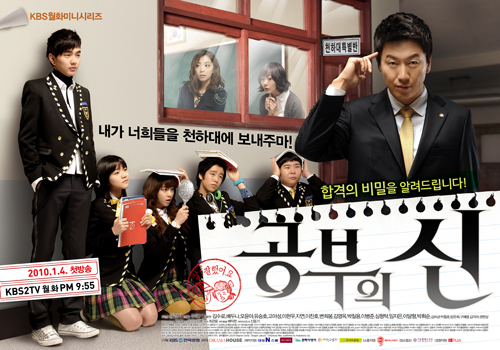 The Masters of the Art of Study

On every Monday and Tuesday night last year, the "queen" dominated Korean TV drama world. Here the queen refers to the MBC hit drama "Queen Seondeok" which aired during more than half the year from May 25 to Dec. 22 and boasted a record 44 percent audience share at its peak.

Now, three new TV series from three broadcasters are poised to compete for the position that was exclusively possessed by Queen Seondeok last year. The three, all of which kicked off the first episode this Monday, are "Jejungwon" from SBS, "The Masters of the Art of Study" from KBS, and "Pasta" from MBC. 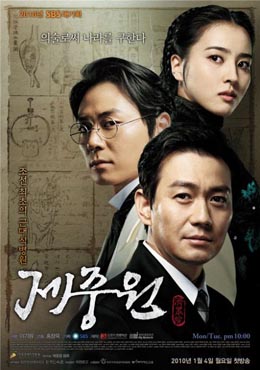 The Masters of the Art of Study, the new KBS2 Monday/Tuesday series based on the Japanese comic book "Dragon Zakura" by Norifusa Mita - which made a splash in Japan and was also made into a TV drama there in 2005 - is a story about underprivileged students at a third-class high school struggling to get into a top university in the country, with the help of a strong-willed lawyer-turned-educator. 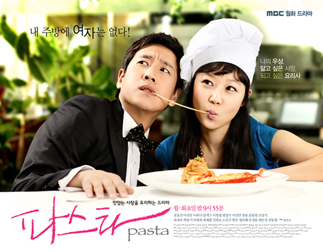 Meanwhile, MBC's new show Pasta is set to be a "tasty and catchy" culinary drama such as the 2005 hit drama "My Lovely Samsoon." The story revolves around an aspiring female character who strives to become a recognized chef in the fictional Italian restaurant La Sfera.

*The full version of the article can be read in tomorrow's edition of the JoongAng Daily.