More tattletales on the playground

More tattletales on the playground 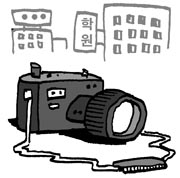 At 4 a.m. July 31, 1898, two professional photographers sneaked into the castle of “The Iron Chancellor,” Otto von Bismarck, in the suburbs of Hamburg. It was only five hours after Bismarck succumbed to death, ending his struggle against ill health for over a year. The room where his body was laid was strictly controlled, and no one was allowed to enter without the permission of family members of the deceased.

The measure was taken according to the wishes of the late chancellor who did not even want to make public his poor shape in his sickbed. However, the photographers infiltrated the room and took photos of his corpse.

A little later, they appeared at a publishing company and handed over the original prints to the publisher, who agreed to pay them what amounts to 200,000 euros ($286,000) at present value and 20 percent of the sales of the publication.

Exactly 99 years after that, in August 1997, Princess Diana was killed in a car accident that occurred while her driver was trying to outmaneuver the paparazzi.

Paparazzi - who originated from photographers who took photos of the dead that should not be made public - had now committed the tragedy of driving the living to death.

The meaning of paparazzi is an annoying noise, particularly that of a buzzing mosquito. It is said that the word originated from a photographer, who chased upper-class women, featured in the 1960 film “La Dolce Vita” directed by Federico Fellini. The term, implying a negative connotation, is an excellent choice for these kinds of photographers.

Even their names are unusual. Among them, most popular nowadays is private tutoring paparazzi, or hag-parazzi, which watch hagwon that run illegal private lessons.

During the past six months, from last July to December, 719 hag-parazzi were rewarded 2.13 million won ($1,900) each on average. They received a total of 1.53 billion won in return for their reports on illegal private lessons run by tutoring centers. One hag-parazzi received 61.85 million won, the highest amount, almost equal to the net income of those who are paid a 100 million won annual salary.

However, the problem is that the nature of their job is tailing students and staking out private institutes to catch perpetrators of illegal lessons in the act. I worry that their activities will create an atmosphere in which such dishonorable behavior as distrust and tattling are rampant.

It seems that the effect of the crackdown is not so great. There is criticism that large private institutes are left intact, while smaller ones are caught by hag-parazzi, who target small and medium tutoring centers that are relatively easy for them to watch. Hence, we should focus our concerns on what the students will learn from hag-parazzi.