‘Hawk’ Dawson finally in, others miss Hall of Fame

‘Hawk’ Dawson finally in, others miss Hall of Fame 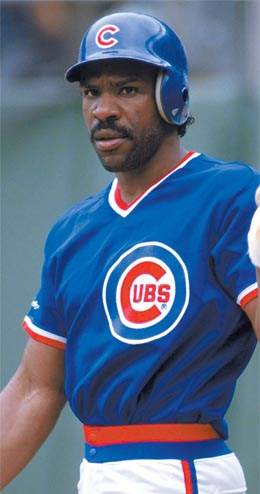 NEW YORK - Andre Dawson, an all-round outfielder who provided speed, power and superb defense, was finally elected to the National Baseball Hall of Fame on Wednesday.

Dawson, who won the National League Most Valuable Player award in 1987 with the Chicago Cubs, received 420 votes or 77.9 percent of ballots cast to win election in his ninth year on the ballot. Seventy-five percent was required for election.

For the first time in balloting by the Baseball Writers’ Association of America, two candidates fell fewer than 10 votes shy of election, with pitcher Bert Blyleven getting 400 votes to miss by five and Roberto Alomar falling eight short on 397.

Blyleven was on the ballot for the 13th time, and Alomar was in his first year of eligibility. Blyleven, born in the Netherlands, played from 1970 to 1992 and recorded 287 wins and 250 losses with five teams.

Alomar played between 1988 to 2004 with seven teams but is best remembered for his years with the Toronto Blue Jays. The second baseman played an integral part on the 1991 and 1992 Toronto clubs that managed to emerge victorious in back-to-back World Series.

Players must wait five years after their playing careers are over and can remain on the ballot for up to 15 years.

Recognition of Dawson came one year after Boston Red Sox slugger Jim Rice was elected to the Hall in his 15th year.

“Obviously, Jim being on his last year of eligibility and getting in says enough in itself that if you’re a Hall of Famer you’ll eventually get in no matter how long it takes,” Dawson told reporters on a conference call.

“It was well worth the wait. I can’t really describe the elation me and my family experienced when I got that call.”

Dawson said he felt badly for Blyleven. “It’s awful to think about five votes in a decision not to get into the Hall of Fame and have to wait another year. It could have easily been me. My heart goes out to him.”

Dawson, the 1977 Rookie of the Year for the Montreal Expos, who was known as “Hawk,” played for four teams in his 21 seasons, hitting 438 home runs and winning eight Gold Glove awards for his fielding. He became the 203rd player elected to the Hall in Cooperstown, New York, where he will be enshrined this July.

A .279 career hitter who also stole 314 bases, Dawson overcame an injury-plagued career that required the eight-time All-Star to have a dozen surgeries on his knees. The rifle-armed outfielder played early in his career with a fractured knee, worsened by playing on the hard artificial surface used in Montreal’s Olympic Stadium.