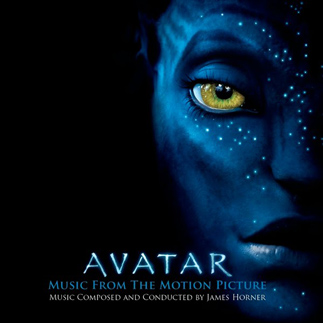 James Horner, who wrote the score for the film “Avatar,” reportedly worked on the score for one-and-a-half years straight, accepting no other work during that time.

Horner is a workhorse, having completed over 100 scores in his more than 30 years in the business, so some repetition is to be expected, but it’s startling just how sophisticated and layered the Avatar score can be, mixing traditional orchestral sounds with ethnic instruments and choral music.

Horner apparently worked with an ethnomusicologist to create an entire musical tradition for the movie’s 10-foot-tall blue aliens, the Na’vi, and the themes for them have recognizable elements from Native American, African and Australian aboriginal cultures.

Unfortunately, the pop ballad that Horner created with singer Leona Lewis to try to recreate the success he saw with “My Heart Will Go On” from “Titanic” falls flat when listened to alongside the rest of the score’s natural grandeur and thrilling battle themes, a bizarre bit of fluff in a science fiction epic.

“Avatar: Music from the Motion Picture”