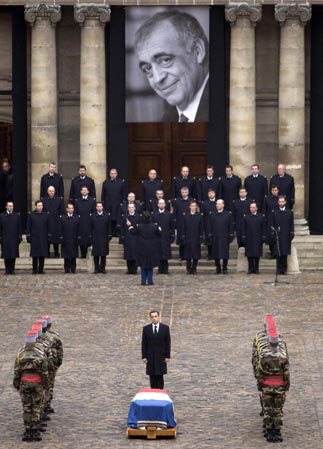 France’s President Nicolas Sarkozy (center) stands in front of the coffin of former French politician and President of the Cour des Comptes Philippe Seguin, during the funeral ceremony outside the Saint-Louis des Invalides church in Paris on Jan. 11. Seguin, head of France’s top public finance watchdog and a trenchant Gaullist critic of closer European Union integration, died of a heart attack at the age of 66. [REUTERS]