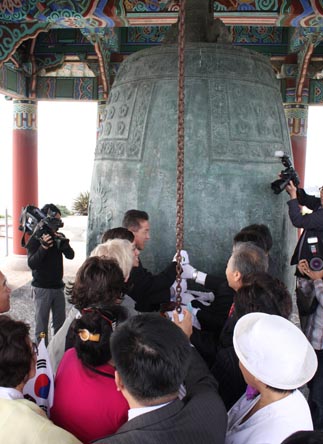 Ethnic Koreans residing in the United States celebrate Korean-American Day by ringing a bell at a pavilion in San Pedro, a port neighborhood in southern Los Angeles, on Monday (U.S. Pacific time). Korean-American Day was enacted by the U.S. Congress to mark the anniversary of the first Korean immigrants’ 1903 arrival in the U.S. [NEWSIS]