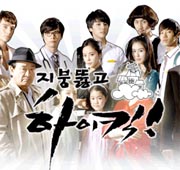 The second season of the MBC sitcom “High Kick” has been extended for another two weeks.

An MBC employee said, “We decided to push back the season two series finale because we needed more time to wrap up the characters’ story lines. The newly scheduled finale will air March 19.”

Three days later, the third season of High Kick will begin on March 22. High Kick’s first season aired from 2006 to 2007 and season two began in September 2009.

In season three, the show will continue to revolve around ordinary life but the story line will focus on three sisters.

Actresses Ye Ji-won and Choi Yeo-jin have been cast as two of the sisters; casting of the third female lead is yet to be determined.