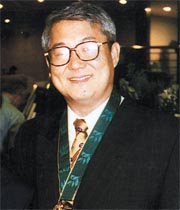 It was 10 years ago this Saturday that a South Korean pastor helping North Korean refugees in China was kidnapped. And as the anniversary nears, a new suspect in the abduction of Reverend Kim Dong-shik is under South Korean investigation.

Do Hee-yun, head of the Seoul-based Citizen’s Coalition for Human Rights of Abductees and North Korean Refugees, told the JoongAng Ilbo that a former North Korean spy who “played a principal role” in the kidnapping of Reverend Kim is being interrogated by South Korean authorities. According to Do, the ex-agent, named Kim, wasn’t staying at the official North Korean refugee shelter Hanawon, but instead was at another facility for investigation.

The ongoing investigation should shed some new light on Reverend Kim’s abduction.

On Jan. 16, 2000, he was kidnapped in Yanji, China, and was forced into North Korea. Kim had helped about 13 North Korean refugees in China to move to South Korea in November 1999.

Pyongyang ignored Seoul’s demand for Kim’s repatriation. The pastor reportedly refused to cooperate with the North Korean investigators who wanted to record Kim’s entry as a voluntary one. South Korean intelligence said Kim weighed just 35 kilograms (77.2 pounds) at the time of his death in February 2001, due to torture and malnutrition.

But little has been known so far of the North Korean government’s involvement in the kidnapping, and of specific details of how Kim ended up in Pyongyang.

Do of the coalition said a North Korean refugee named Jeon, who emigrated to the United States last year, testified against the former spy Kim. Jeon tipped off the South Korean authorities that the ex-spy had confessed to him earlier that he had kidnapped the pastor.

Jeon told Do that refugees who recognized Kim attacked him, and Kim made his confession to Jeon in private. After his criminal record and espionage kept him from emigrating to the U.S., Kim then entered South Korea.

“Based on Jeon’s testimony, the former agent grabbed Reverend Kim by the arm and pushed him into a taxi,” Do said. “Before handing him over to North Korea, the ex-spy took away his cell phone and $1,000 in cash. These are some specific details.”

In 2005, an ethnic Korean man named Ryu Young-hwa was sentenced to 10 years in prison for his role in abducting Reverend Kim. Seoul investigators said Ryu had been a part of a nine-member team who kidnapped a few others and handed them over to North Korea in exchange for cash.

Sources said the ex-spy Kim is denying his involvement in the kidnapping. An official said civic groups representing North Korean human rights are “offering detailed charges against Kim.” Do said Kim must be aware that his crime would lead to at least 10 years in prison and urged the South Korean authorities to step up their investigation.

Human rights groups and religious bodies are planning to hold a memorial service in tribute to Reverend Kim and also stage a protest against North Korea on Saturday.