First-time director gears up for Sundance

First-time director gears up for Sundance 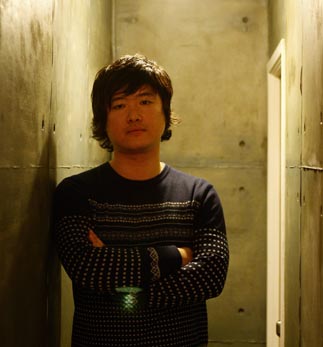 Filmmaker Lim Woo-seong’s first film will compete with 13 other entries at the Sundance Film Festival later this month. [YONHAP]

Director Lim Woo-seong has what people might refer to as an “accurate hunch” when it comes to the filmmaking profession. What he couldn’t have foreseen was his debut film going all the way to the Sundance Film Festival, the largest and most respected independent cinema fete in the United States.

“It’s a huge honor just to be invited,” the 39-year-old filmmaker said in an interview with Yonhap News Agency. “It would be avaricious of me to hope for a win.”

Lim’s first feature, “Vegetarian,” will be competing among 13 other films in the festival’s World Cinema Dramatic Competition later this month. The highbrow drama, which blends the themes of sexual desire, artistry and psychology, is the only local film to have won a spot among some 1,022 entries in the upcoming film fest.

After competing in the 26th Sundance Film Festival, which will run for 10 days from Jan. 21 in the southwestern state of Utah, Vegetarian will hit local theaters on Feb. 18.

“While some Korean viewers said the film was difficult to understand, overseas audiences appear to be more at ease with the detachment and indifference I try to maintain with the characters,” Lim said. “I try not to explain too much or force emotion. This was an easier task with this movie because I empathized with not one, but all the characters.”

Based on Korean writer Han Gang’s short story, Vegetarian was lauded for “exquisitely combining art with sexual desire, walking a tightrope between morality and artistry” after its premiere at Korea’s Pusan International Film Festival last fall.

Lim recalled that his first encounter with the story was like “destiny.”

“I asked to meet the author the day after reading his story in 2005. I had a hunch about it despite the obvious difficulty of adapting the complicated story for a motion picture,” he said. “But I was lucky. I had the author’s full support and trust, and financial backing from the Korean Film Council.”

Selected among five films that received 300 million won ($263,000) in support from the state-run film agency in 2008, Lim immediately began work on the movie, with shooting taking just one month.

While writing the script and weaving together the structure was difficult, the actual filming went smoothly with actors and actresses “putting in their full effort,” Lim said.

Chae Min-seo, who played the film’s main character, came to the set after losing eight kilograms in a month to become the young woman who grows increasingly gaunt after cutting meat out of her diet.

“With actors and actresses at their best performance, the shooting worked out like magic,” the director said.

Vegetarian tells the story of a young artist who becomes obsessed with the desire to physically possess his sister-in-law (played by Chae), who stops eating meat after experiencing strange dreams. By painting her thin body with flowers, he gives full expression to his artistic impulses while also fulfilling his sexual and carnivorous desires.

Being a vegetarian is not only about rejecting meat, but about all human desire, Lim explained.

“I worked on the story for four years, so I was able to understand each and every character very well,” he said. “Art is not something that can be explained in the category of logic or morality, so I understood the artist’s desire, but also empathized with his wife, torn between anger toward her husband and sympathy for her younger sibling.”

Lim, who studied at the Art Center College of Design in Pasadena, California, is currently adding the final touches to his second feature “Scar,” also based on a short story by novelist Han.

“I am very much interested in visualizing well-written stories. I think doing this is one of the roles given to filmmakers,” Lim said. “Scar features a married couple dealing with the emotional and physical wounds that become a source of tension between them.”

Lim, who called himself a “devoted film buff,” named Taiwanese director Ang Lee as one of his favorite directors.

“I am always astounded by his ability to create the best work while crossing so many different genres,” he said. “I saw his ‘Lust, Caution’ several times.”

“I am currently developing a scenario and a few other items I have in mind,” he added.