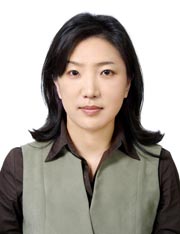 The Korea Tourism Organization has appointed a woman to head its public relations department. It is the first time a state-run company has put a woman in the position.

The company said in a statement yesterday that Kang Oki, 47, was promoted to the position of executive director of the public relations department, through a new performance-oriented personnel “draft” system.

Previously, Kang headed the KTO’s center for tourism investment. She joined the company in 1988 and worked at its branch in London and its local marketing office. She served as head of the company’s Toronto branch in 2004.

Announcing the reshuffle, Lee Charm, president of the Korea Tourism Organization, told reporters, “Those who work hard with ambition should be given incentives, while those who are not working, who are without ambition, should be driven out.”

He said that employees who are passed over for promotion three times will be driven out of the company.

He said that jobs in state-run companies should no longer be “God-given,” referring to extremely safe jobs with relatively high pay, and encouraged greater competition in the company.