In the interest of whom?

In the interest of whom? 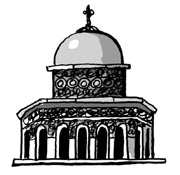 Greek philosopher Aristotle was against the idea of lending money at an interest rate, because he thought that money simply breeding more money without any exchange or trade involved was unnatural.

The popes in medieval times thought the same way. They followed teachings from the Bible that said no one should charge a rate of interest in return for lending money, grain or any other thing that might accrue a greater value.

Clergymen who demanded the payment of an usury had their titles taken away. Usurers who did not repent before death were not allowed a Christian burial.

Even in those times, however, moneylenders still managed to charge and pay interest; the borrower would be charged a fee for remitting or exchanging money.

Some religious reformists who were active some 500 years ago also spoke out against charging interest on loans. Martin Luther, the German reformer, said in indignation that taking back more than the principal was stealing. He also said that moneylenders were thieves tainted with vice, and that they should be executed by having their legs torn apart.

As the monetary economy gradually took root and a growing number of people started to live on income from usury, however, the church had no other choice but to recognize interest as a legitimate source of income.

The teachings of Islam still prohibit charging riba, or interest, on loans. But Muslims have also devised a way by which they could evade these religious regulations.

Sukuk, the Islamic equivalent of a bond, is a typical example. Sukuk is not a loan but a financial product that is traded to evade the Islamic law that prohibits riba.

For example, if someone wants to borrow money to buy a machine, the bank can buy the machine itself and collect rent on it, instead of charging interest for a loan. Since a rental fee is not technically interest, it is not in violation of Islamic law.

The tax revision bill, which would have allowed the issuance of Islamic bonds, was suspended by the National Assembly at the end of last year.

On the surface, the reason was “worries over possible appropriation of funds for terror purposes.” It is said, however, that the actual reason is the antipathy of the Christian community toward Islam.

The Korean businesses that have looked forward to the revision, not to mention the Islamic community here, have reacted to the Assembly’s decision with disbelief.

They say it is absurd that the assemblymen view the established Islamic financial system with religious bias. Meanwhile, the government and the markets are starting to make their case to assemblymen again.

I look forward to seeing a new tax bill pass the assembly at the special parliament session to be held in February. If there are assemblymen who are reluctant to approve the bill because of religious reasons, they should recall the fact that a long time ago, a prohibition on interest collection had been the Christian way as well.