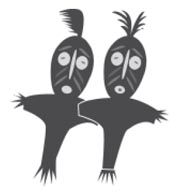 While campaigning for donations on television after the disastrous earthquakes that ended the lives of tens of thousands of people in Haiti, Pat Robertson, a leading conservative Protestant pastor, suggested that the islanders had it coming. According to him, Haitians who suffered under harsh colonial rule by the French “swore a pact to the devil” that they would worship him in return for their freedom.

“Ever since, they have been cursed by one thing after the other,” Robertson said. Although they got independence as a result of the contract, according to him, they roused the wrath of God and have now been driven into a hell on earth.

Hidden behind his improper remark is the prejudice of the Western people against the voodoo religion.

From the time Christopher Columbus discovered Haiti, a lot of black Africans were taken to the New World as slaves. Together with them, the African native religion that worshipped one god and many spirits called “loa” came over to the continent. While they resisted the demands of the whites to convert to Christianity, black slaves deceived the watchful eyes of their masters by substituting their god as the Christian God and their spirits as Christian saints.

Thus the African native religion and Christianity were mixed together to give birth to a new fusion religion, voodoo.

Voodoo worked as a link that bound together black slaves who fought against the suppression of their rulers. The theory of a “contract with the devil” was falsely derived from a report that a group of slaves pledged to fight for independence while they held a voodoo ritual offering a pig in sacrifice to a loa that symbolized maternity in August 1791.

But it was the people who misused voodoo for their own purposes that tainted the religion with wickedness. Francois Duvalier, the notorious dictator president whose political machine killed perhaps tens of thousands of Haitians, is a perfect example: It is said that he wore dark sunglasses and behaved as if he were the incarnation of “Baron Samedi,” or the loa of death, to terrify the people.

The source of misfortune for Haitians was consecutive occupations by Spain, France and the United States and the political as well as economic uneasiness that accompanied them. The country has been hit by many ecological disasters, from typhoons to flooding and devastation of forests from excessive logging.

As the country is overwhelmed by a natural calamity in addition to its man-made misfortunes, it needs the help of the international community more than ever.

But the wounds from the disaster this time are too big for the Haitians to overcome with only materialistic help. They also need spiritual comfort offered by religion.

It is a pity that there is a clergyman who heaps abuse upon them, instead of offering his prayers. I suppose this could be a reason why John Adams, the second president of the U.S., once wondered whether the best of all possible worlds was one without religion.