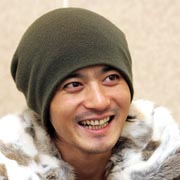 Actor Jang Dong-gun will appear in a TV documentary about poverty in Africa.

Jang has been the goodwill ambassador for the United Nations World Food Program since December 2008. The film aims to raise awareness about the issue in Korea.

“Jang has long had an interest in eradicating poverty in Africa,” a source close to Jang said. “He will leave in March and is scheduled to stay for about a month.”